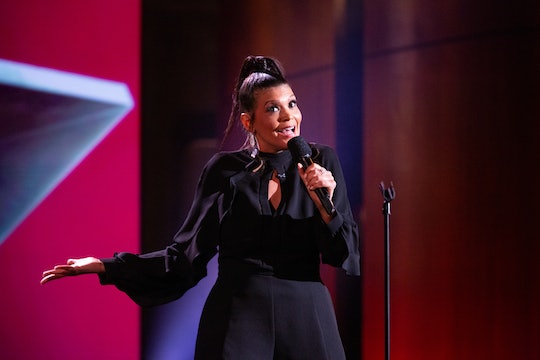 After fielding criticism for its lack of diverse standup comedy offerings, Netflix greenlit a project from Girls Trip actor Tiffany Haddish, starring six comedy veterans who, for one reason or another (read: all the reasons are patriarchy), never managed to break through and find mainstream success. Among the comics featured on Tiffany Haddish Presents: They Ready is Aida Rodriguez, a mother of two who, at one point, struggled with homelessness. In a cast roundtable interview with the Los Angeles Times, Rodriguez went into detail revealing that she and her kids would sleep in Best Westerns and even in the trunk of her car sometimes.

"And people would ridicule me for that because they would be like, 'You are trying to achieve this stardom thing or whatever and you’re making your kids struggle,'" she explained. "But the reality of it is that I don’t have a degree. It’s not like I could say, 'I’m going to quit comedy and go be a doctor.' I would struggle no matter where I was because of my situation."

It was Rodriguez's story, and those of comics like her, which inspired Haddish to create the Netflix series in the first place. She hoped to use her platform to amplify the voices of marginalized comics who'd been sidelined by the industry's structural problems in a lineup she, herself, curated.

Rodriguez admitted that after opening up to Haddish about her past, the series' executive producer became a comedy mentor figure to her (even though Haddish is technically a couple of years younger than Rodriguez). She went on to explain how Haddish taught her to value her own worth as a comic, including telling her what fees she should be demanding by offering her a generous paycheck on They Ready.

Rodriguez once spent six years working at a bank while juggling her two kids and a budding standup career in order to make ends meet, and she said Haddish stepped in to teach her an important lesson:

She would say, “You cannot leave your house for free. You have children. So now you’re paying to do comedy because you’re using your gas.” When I was able to make a living doing stand-up, that made me feel like a fully formed human being. I felt like I could say, “Yeah, I’m a comedian. I’m a professional comedian and I have dinner on the table.” That is powerful.

Needless to say, tears were shed both in the roundtable interview and in the trailer for the series.

Prior to They Ready, Rodriguez was a Last Comic Standing alum who went on to become the first Latina woman to star in two specials airing in the same month on Showtime and HBO, according to her website. She's also appeared on Comedy Central's The Nightly Show and This Week at the Comedy Cellar. Her podcast Truth Serum has featured a few of her fellow They Ready comics as guests, including Haddish.

Tiffany Haddish Presents: They Ready is currently streaming on Netflix.