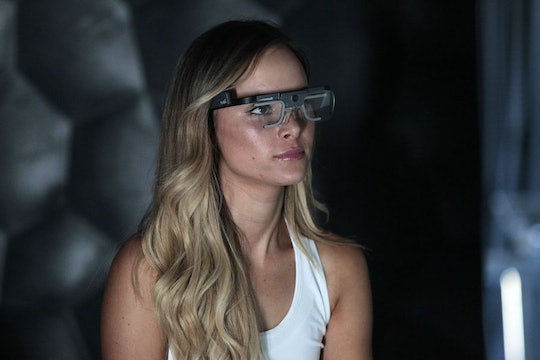 Who Is Amanda Stanton's Ex-Husband? The 'Bachelor' Contestant's Kids Have A Pretty Awesome Dad

On Monday's episode of The Bachelor, contestant and single mom Amanda Stanton revealed to Ben Higgins that she had two super cute daughters. In a surprising twist, it seems that the girls' father, Amanda Stanton's ex-husband Nick Buonfiglio, is also a Bachelor fan. That makes him almost more interesting than Lace and Olivia's need for Ben's attention, if I'm being honest.

Per Amanda's own admission, the Bachelor constestant and Buonfiglio have been divorced for a couple years; Buonfiglio now lives in San Clemente, California. According to his LinkedIn profile, he works in business development and sales for The Orange County Register. It also seems like he and ex-wife Amanda have remained close for their daughters' sake as his social media accounts seem to be all about them. Last week, Buonfiglio posted on Facebook that he was absolutely ready to watch his ex on the ABC reality show, writing,

For some reason this year, more than ever, I am interested in watching The Bachelor. I'll be having a viewing party at my house this Monday. Text or message me if you want to come.

Since Buonfiglio's profile is public, you can see that a lot of his friends are actually pretty excited about the whole thing — at least some of them really wanted to come over and watch Amanda try to win Ben Higgins' heart with him. Is that a healthy relationship or what?

But more than that, Buonfiglio just seems like the guy next door, a regular dude, taking time out from his busy schedule to comment on mundane, silly things, like the Miss Universe scandal:

I don't know who to feel worse for, Steve Harvey or Miss Columbia.

Having an ugly sweater party this Saturday. Come one, come all.

And adorable moments with his two girls:

My 3 year old told me to replay justin beiber, love yourself, and I didn't hesitate. Actually, we played it 5 times in a row. What have my girls done to me? ‪#‎belieber‬

There's not a lot of talk about where the girls were while Amanda was on the show, but they were probably staying with their dad (who, frankly, seems pretty awesome). Also, can we use his Facebook account to predict the outcome of the show? If he's so zen about watching Amanda fight for a man, then maybe Amanda and Ben are already living happily ever after. That may not be the case (my money's still on Olivia), but either way: Nick Buonfiglio for Bachelorette contestant. What do you say?

More Like This
Netflix Reveals The Official Teaser Trailer for Wednesday
Kristin Bell Shared Some Sweet, Rare Photos Of Her Daughters From A Family Vacation
What Parents Need To Know About Marvel's New She-Hulk Series Coming To Disney+
Mark Wahlberg Says His Kids Are “Terribly Embarrassed” By His ‘90s Fashion