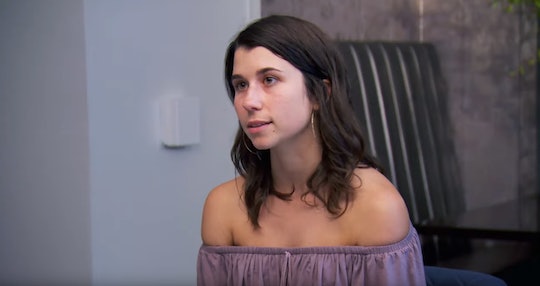 Amber From ‘Married At First Sight’ Has An Identical Twin Sister

Amber Bowles is probably the sweetest and kindest person on this season of Married at First Sight, so when her husband, Matt Gwynne, ghosts her for days on end, it’s really hard to watch. She’s been open about her family issues on the show, and has discussed how close she is with her father and twin sister. After seeing her doppleganger at the wedding, you might be wondering who Amber’s sister is on Married at First Sight and if she’ll show up to support her sister.

On the first episode of the season, fans get to meet Amber's twin, Megan. "I've known Amber since the womb," she says. "We're really close and I'm very excited she's getting married and I'm also terrified because she will do anything for anybody. Like, her first boyfriend literally took everything she had — She's just such a sweet human being that she draws the wrong guys, and that's why I hope Amber's future husband is as committed as she is."

Amber social media pages are set to private, so it's hard to pinpoint what Megan is up to now. But one thing's for sure, Megan was right about Amber going above and beyond for her man, and with Matt, it looks like Amber's been dealt a untrustworthy hand yet again.

On the show, Amber reveals that after her mother fell in love with another woman, her parents got divorced, and ever since then she’s lived with her father and twin sister. She notes that growing up with her dad made her a tomboy, which is why she looked to Married at First Sight to find her soulmate. "I don't wear makeup, I don't wear glitzy, glamorous stuff," Amber says in the episode. "I am in a good place in my life where I really want to share my life and spend my life with someone. I am so ready to just start my forever."

At first, Amber and Matt seemed like they had great chemistry. But over time, Matt started acting shady, leaving Amber alone for days, and he hasn’t been emotionally present in their relationship. In an interview with Married at First Sight Unfiltered, Amber said that she thinks Matt shouldn’t have signed up for the show if he wasn’t ready to make a commitment. “Matt’s not really ready for marriage,” she says. “At this point, I’m feeling like Matt’s biggest concern right now is Matt and what he needs to do in his life. And that’s fine, but he probably shouldn’t have done this if he wasn’t ready for forever.”

It’s hard to predict whether or not Amber and Matt will stay together, but things aren’t looking hopeful. Amber is really trying to make things work, but Matt continues to run away and hide whatever secret life he has going on the side. And whether it’s on camera or off, I just hope that Amber’s family — including Megan — is there to support through this emotionally trying time.