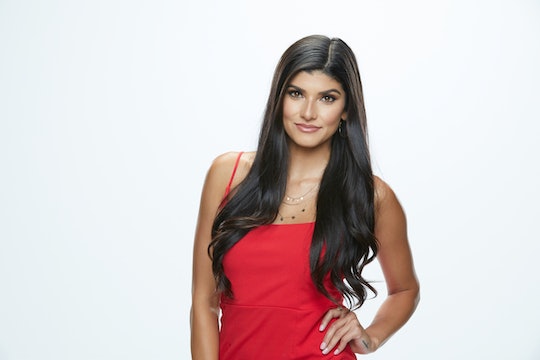 When Big Brother returns to CBS on Jun. 25 for Season 21, there will be a whole new cast to get to know. Though viewers won't be properly introduced to each contestant until the premiere, that doesn't mean they can't get to know them ahead of time. You can learn a little more about who Analyse Talavera is, and maybe even find someone to root for before the season starts.

According to her official Big Brother bio, Analyse is a 22-year-old recent college graduate from Northridge, California. She describes herself as funny, outgoing, and confident, which should help her make an impression in the house. She's also a self-proclaimed soccer star, though she initially thought she was going to pursue fashion in college. Instead, she decided that playing soccer was "cooler." She lists lists tanning and going to the beach among her favorite activities.

She already has a strategy for coming out victorious in the competition, too. Analyse plans to "keep it super low-key" while she plays both sides of the house. She would make sure that no one suspected her of being a double agent by staying mum about the whole thing. She wouldn't even tell her house bestie (whoever that may turn out to be) that she was playing both sides.

Analyse announced that her motto, which was taken from her Instagram bio, is, "Be a bad*** with a good a**!" Unfortunately, that's about the only thing to be found on her Instagram account. It's currently set to private, so the daily details of Analyse's life remain a mystery. Twitter is a bust, too; it's also protected, for the moment. It's possible Analyse is staying quiet on social media so she can avoid spoiling the show, but whatever the reason, there are no answers to be found there right now.

Analyse elaborated on some of the information in her bio while speaking to Jeff Schroeder for CBS. While attending the University of Nevada, Reno, she majored in community health science and public health; she was also a Division 1 soccer player, so it seems like calling herself a star wasn't too far off. And she's been watching the show since she was ten years old, which makes her an expert on all things Big Brother. That could definitely give her an edge in the competition. She knows how the game works, so she can play it to perfection.

Analyse made it clear that she was a good liar who had no compunction about being dishonest with her cast members. Since that's an integral aspect of her double agent plot, it's good that she has no trouble with it. When Jeff asked whether she'd prefer to win and be hated by America or lose and be loved, she cut him off before he could even vocalize a second option. She wanted that money and she was all in on the process, no matter what the consequences were. America can hate Analyse all they like, as long as she gets the prize. With that kind of stop-at-nothing attitude, she definitely has a chance.