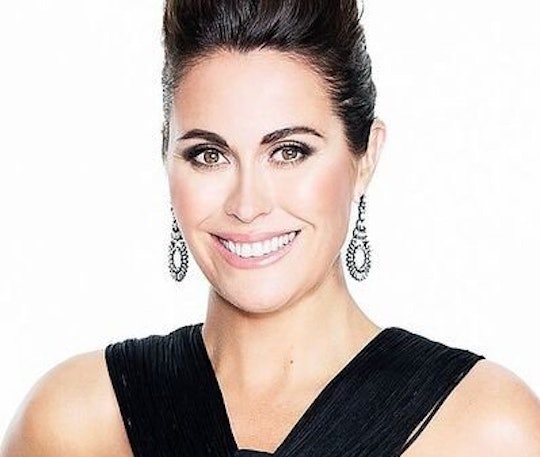 This 'Auckland' Housewife Is A "Life Stylist"

The Real Housewives franchise will be getting some completely new personalities, and visiting a whole new country, with Real Housewives of Auckland. Wherever the 'Wives go, drama follows, and this latest installment should be no different. There are ups and downs to every Housewife, opinions about them can change at the drop of the hat, with fan favorites becoming villains and former side characters becoming major players, but it's still fun to know in advance who we're going to be seeing on our TV every week. So who is Angela Stone on Real Housewives of Auckland? From what I can tell, this Housewife does it all.

In the same vein of Gwyneth Paltrow's Goop, Angela is a lifestyle guru, or a "life stylist" as she's referred to on her website. Her bio on the site says that Angela is on "a mission to transform lives," and adds that, "Angela offers comprehensive styling courses, professional brand development packages and motivational coaching events. The time to enhance your life is now – and Angela is committed to helping your journey."

She seems to be part lifestyle guru/part motivational speaker, with an end goal of helping people establish their personal brands, which also happens to be what her second book, Being Real, is about.

On her site, Angela's "life styling" services include programs for adult men and women, as well as teenagers. She offers "personal development packages" on everything from romance to career to fashion, which makes sense, as Angela previously worked in the fashion industry as an international model, and owns one of New Zealand’s most successful stylist service providers, Angela Stone Consulting, with operations out of Christchurch and Auckland.

Now a mother of three children, Angela has opened up about the tragedies her family has suffered. Angela's mother suffered from depression and committed suicide in 2004. Just last year, Angela had an emotional reunion with her twin brother, Carl, who had been missing since 2007. Because of her family's history with mental illness, she has become an open supporter of the Mental Health Foundation.

She pretty much sums it all up in her official tagline, revealed in Bravo's trailer for the series: "My name may be Stone, but everything I touch turns to gold." Angela is sure to be a welcome addition to this entertaining world of the Housewives, and I couldn't be more excited to see her on the show.