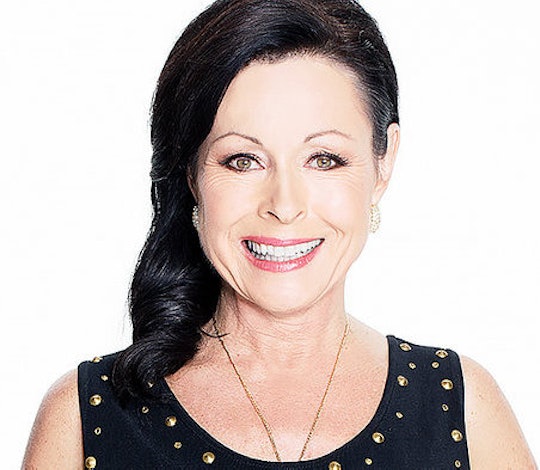 A new addition to the Housewives franchise means a whole new set of characters to obsess over, yell at through our TV screens, and decide whose side to take when the fights inevitably start breaking out. Ahead of its premiere, Real Housewives of Auckland is already promising to be just as dramatic and glamorous as its U.S. counterparts. So in order to get familiar with some of the ladies, who is Anne Batley Burton on Real Housewives of Auckland? They call her the Champagne Lady. (Hopefully someone has already put her in touch with Heather Dubrow, the Champagne Doorbell Lady.)

Based on Anne's nickname, it's easy to assume that she might be a big deal in the champagne world, which is both a strange thing to say and something that is definitely true. For the last 20 years, Anne has been an alcohol magnate, importing champagne, French wine, wine barrels, and closures into the New Zealand wine industry. She is also a former champion ballroom dancer, was the first female (and youngest) public company director in New Zealand at Batley Printing and was named "Dame de l’Ordre des Coteaux de Champagne," or Dame of Champagne, in 2007. So, yeah, she's pretty much earned that nickname.

If you can believe she has time for it in her very busy schedule, Anne is also a dedicated animal activist. The recipient of the SPCA Assisi Award (an award made to recognize "outstanding service to animals"), she founded the NZ Cat Foundation to de-sex and care for stray community cats, which explains why a good portion of the photos on her Instagram are of cats. Anne and her husband, Richard Burton, live in Parnell, own an olive oil estate in Huapai, as well as a home in France.

But the most important question is, of course, what is Anne's signature tagline? "I'm like a fine champagne," she says in Bravo's official trailer for the new series. "I bubble, I fizz, and I'm the life of the party." It already sounds like she has the potential to go down in Housewives history.

Anne is one of six new 'Wives joining the franchise via RHOAKL, and Bravo has promised that this group of women loves "galas, gossip, and glamour just as much as any American Housewife." Grab your throwing wine (or your throwing champagne) and strap in for what is sure to be yet another wild ride.