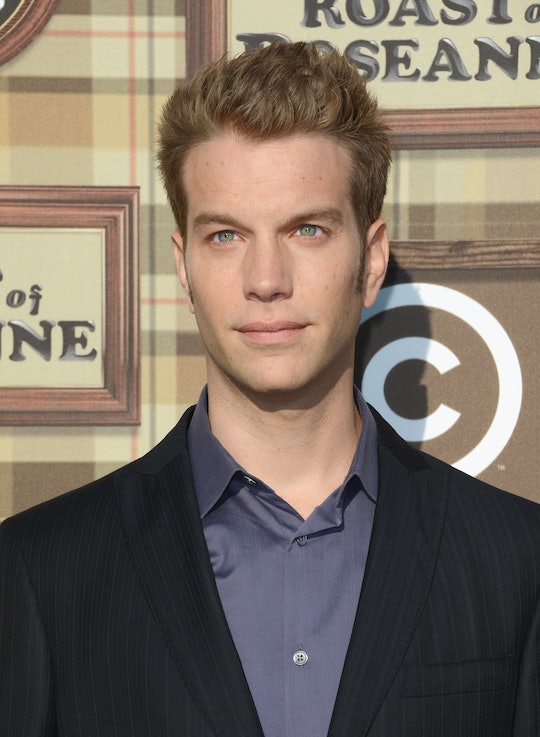 Netflix has an impressive lineup of standup specials available for streaming — but not all of those comics are household names. For example, who is Anthony Jeselnik? Sit down. It's about to get weird.

First things first: Jeselnik probably doesn't care what you think of his humor, and in his second Netflix comedy special, Anthony Jeselnik: Fire in the Maternity Ward, you'll see what I mean. The Pittsburgh-born native isn't just funny — he's smart, having graduated from Tulane University. After a successful run on Comedy Central Presents in '09, Jeselnik was deemed one of the network's "breakout comedians" alongside some big names like Nick Kroll, Donald Glover, and Kumail Nanjiani to name a few. The title was a huge career boost and garnered him a spot writing for The Jimmy Fallon Show (dream job much?). But his dark humor wasn't everyone's cup of tea.

Jeselnik's "big-ish" break came when Comedy Central snagged him for his own series, The Jeselnik Offensive, which he starred in and created for two seasons. According to the Comedy Central description the show is "a look at the train-wreck news stories that are hitting the pages of Gawker, Reddit and more. Each week two panelists join Jeselnik to bash pop culture and gleefully rip the veil of sanctity from off-limit topics."

As a comedian who often jokes about things most wouldn't, you'd think he'd have a hard time landing gigs. Nope. Jeselnik's appeared on Conan, The Tonight Show, Jimmy Kimmel Live and, according to his website bio, was "the first ever stand-up comic to appear on Late Night With Jimmy Fallon. Impressed yet? How about after I tell you he received an Emmy nod for his work on A Night of Too Many Stars: An Overbooked Concert for Autism Education?

Aside from all those credits, Jeselnik's comedy must've hit some in the right feels because he was one of Variety's 10 Comics to Watch in 2008. Critics seem to love the guy; he's picked up accolades galore.

"Anthony’s sardonic humor and critical eye are a big part of what makes him such an incredible comedian," said Sarah Babineau and Jonas Larsen, Executive Vice Presidents and Co-Heads of Talent and Development, Comedy Central, per Deadline. "Those attributes are also why he’s a perfect fit for the host’s chair in his own series, the Roast Battle judge’s chair, and the podcast booth."

Fire In the Maternity Ward is Jeselnik's follow-up to 2015’s Anthony Jeselnik: Thoughts and Prayers (also via Netflix) and will likely include all the dark humor your heart desires.

Now that you know who Anthony Jeselnik is, and you want to watch his new special, don't say I didn't warn you. Comedy is like ice cream. If it's not your favorite flavor, it might leave a sour taste in your mouth. But if you like sour, well then, Jeselnik's brand is totally for you.