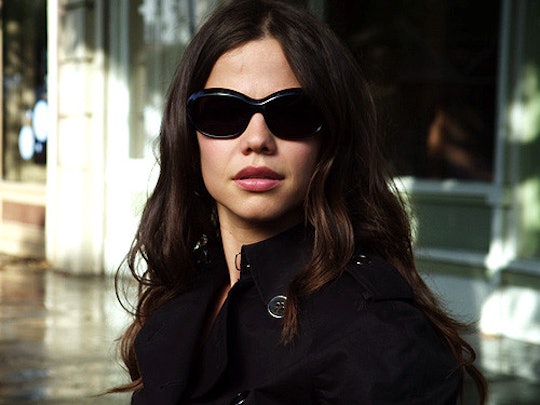 Who Is Archer Dunhill On 'Pretty Little Liars'? It Seems Elliot Is A.D.

Just as the Liars are beginning to come to terms with the fact that they killed Dr. Elliot Rollins, they quickly discover that's not the case after all. On Tuesday night's episode of Pretty Little Liars Toby told the liars that after looking into Rollins he discovered the real Elliot Rollins died 15 years ago. Mona and Hanna discover Rollins real name is actually Archer, but who is Archer Dunhill on Pretty Little Liars and what did he want with the Liars?

PLL fans knew from the beginning that Elliot Rollins was sketchy. He convinced Alison to marry him in the quickest wedding ever, he's been secretly working with Mary Drake, he was in love with Charlotte, and he's secretly British. Not to mention the fact that he convinced Alison she was crazy by disguising himself as Detective Wilden, and then gave Alison off-the-book drugs to then make her actually crazy in the hospital. And who even knows what he had in store for Ali when they ended up in the woods the nights of his death. He probably would've killed her if he had the chance.

So who really is Archer Dunhill? Is he even really a doctor or was he just pretending to be one this whole time? Also, why did he change his accent to sound American? Is it possible he really is related to Wren and that's why he didn't want anyone to know he's British and what his real name is? And most importantly, is Archer Dunhill the foreboding A.D. the Liars have been getting texts from? Archer does have the correct initials, but in Pretty Little Liars the first suspect is never the correct one.

Still, it is very suspicious that Elliot's real name is the same initials as A.D. What's even more concerning is the fact that he used his burner phone to talk to Jenna, who's been a number one A suspect since the start of the show. It wouldn't be surprising at all to find out these two have been working together this whole time to terrorize the liars. The only question is how did these two end up working together in the first place and will Jenna discover that Archer is now dead?

With Jenna back in town, the police looking into Archer's disappearance, and each of the Liars trying to keep it together, it'll be hard to keep this murder under wraps. Here's to hoping the Liars (and Mona) will somehow be able to pull this off unscathed.