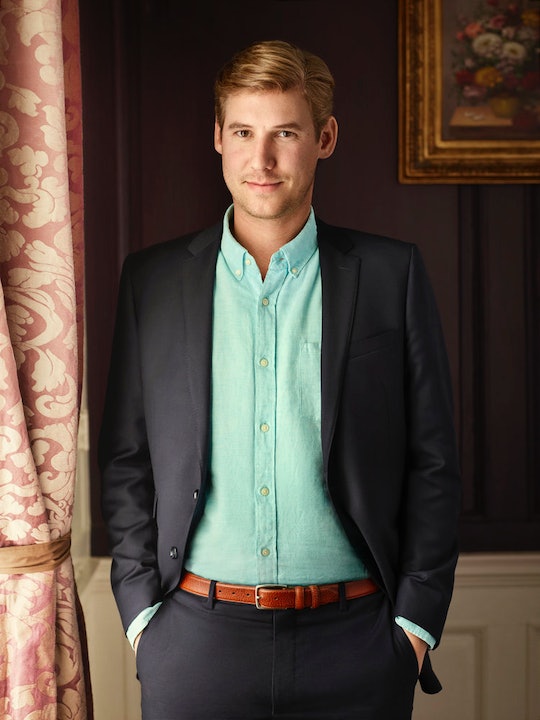 A New Face Is Heading To 'Southern Charm'

The fourth season of Southern Charm will be shaking things up a little when it comes to the cast. Main cast member Whitney Sudler-Smith stepped away from the show, splitting his time between Los Angeles and Venice and choosing to focus on producing more shows like Southern Charm instead of appearing on it quite so often. He was replaced by Austen Kroll. But who is Austen Kroll on Southern Charm? The new guy already has connections to the current cast.

Though he's a Washington, D.C. native originally, Austen attended the University of Alabama and later moved to Charleston, which was where he met Shep Rose. They became friends — or, as the official press release for Season 4 put it, "competitors for the fair ladies of the low country," which sounds awfully Game of Thrones–y for a show about Southern socialites. Austen's friendship with Shep made him a natural addition to the cast, and apparently the two enjoy "golf, over imbibing, and leisurely activities" together, according to Austen's Bravo bio.

The bio also states that Austen's parents "raised him to be the contagiously charismatic, undoubtedly kind, and relentlessly loyal friend that every southern gentleman should strive to be," giving fans a hint about what they might expect from him.

Austen is a fan of travel and after graduating college he visited all sorts of locales from the Rocky Mountains to New Zealand. Though he may hail from a city that's slightly more northern than some of his cast mates, Austen has had a connection to Charleston for years; since he was a kid, he vacationed with his family at their second home on Kiawah Island, which is off the coast of Charleston.

Now that he's in Charleston for good, Austen is all about craft beer. He sells beer for a regional craft brewery in Atlanta, a job his bio claims gives him "much joy," though he has no idea what the future might hold for him. "Where does he plan on going from here?" the bio wonders, neglecting to add the "xoxo, Gossip Girl" the question practically demands. "Not even he knows. Much intrigue, and a 'sky's the limit' attitude, surround this perplexing question. But if you ask Austen, that's just the way he likes it."

With his love for the city, his friends amongst the cast, and his receptiveness to new opportunities, Austen should be a fitting addition to Southern Charm.