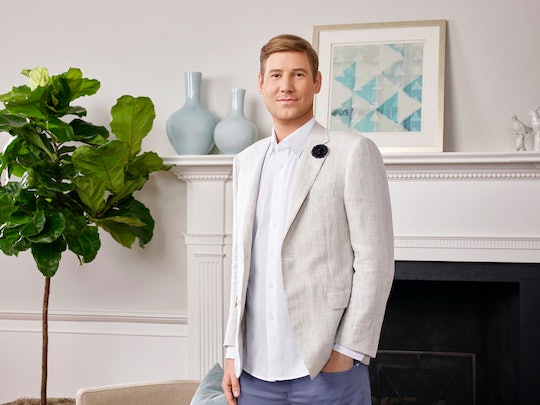 Season 6 of Southern Charm is here, and it’s introducing viewers to Austen Kroll’s new love interest. After all his back and forth drama with Chelsea and Victoria, it will be nice to see the Charleston socialite in a healthy, loving relationship. He’s posted plenty of pictures of her on social media, and she’s a big part of the new season, so fans want to know: who is Austen’s girlfriend on Southern Charm?

According to Bravo, Austen has been dating hairstylist and makeup artist Madison Lecroy since last year, and two are still going strong. On his Instagram page, Austen recently posted a picture of Madison, and in the caption he mentioned that she met his parents in church a year ago. On his IG feeds, Austen shared video clips of the two vacationing in Cuba, as well as New York, where they celebrated his birthday and attended the US Open.

In an 2018 interview with Beckett Boutique, Madison revealed that she has a 6-year-old son, who she loved to spend time with. “I would say the best day for me would be one on the water with my son, fishing and catching some rays,” she told the outlet. If you head to her IG page, you can see plenty of pictures and videos of Madison and her son boating, fishing, and spending time with family and friends.

Madison’s LinkedIn page reveals that she owns a salon called Blush and Brushes and that she’s been providing hair and makeup services for Southern Charm for four seasons. While the Austen and Madison haven’t revealed how they met, it’s entirely possible that they met on the set of the show when Madison was working with a client.

Bravo noted that Madison is friends with cast members Patricia Altschul and Naomie Olindo, so it’s also possible that she met Austen through one of them. Patricia has posted plenty of pictures of Madison on her IG — including photos of the two celebrating Thanksgiving and Birthday dinners together. The two seem to share a special friendship, so it’s safe to assume Patricia will have Madison’s back if needed this season.

In a sneak peek for Season 6, you can see that Madison plays a big part in Austen’s life, and she may even end up in the middle of some drama. In one scene, you see Austen telling her that he wants to “make this work” before he gives her a sweet kiss over dinner. But in another scene, you see Madison telling Shep Rose, “I think you’re a bad influence on Austen." How Shep reacts to her is yet to be seen, but I’m sure he won’t be on board with her opinion.

Hopefully, fans will get to see much more of Madison and Austen’s relationship on the upcoming season, and possibly even get to see how they first met.

Season 6 of Southern Charm premieres on Wednesday, May 15 at 8 p.m. ET on Bravo.