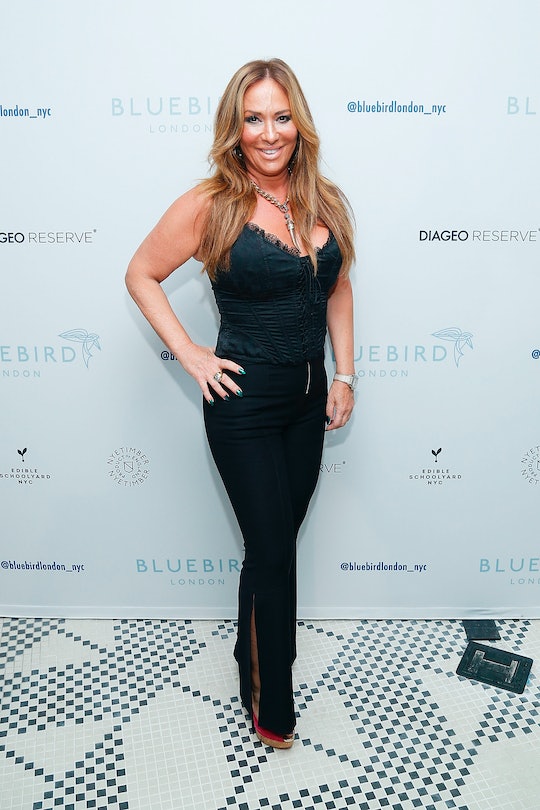 Here's What You Need To Know About Barbara Kavovit, The Newest RHONY

Real Housewives of New York is back for Season 11 and while the show said goodbye to Carole Radziwill after last season, her replacement is officially here. For fans who have yet to obsessively Instagram-stalk the new addition, here's everything you need to know about who Barbara Kavovit is. First of all, she has a pretty different backstory, job, and aesthetic from her fellow New York Housewives. She was born and raised in the Bronx, she runs a construction company, and she sells tool kits marketed toward women in an effort to boost the world's handy diva population.

According to Us Weekly, Barbara received a college degree in finance, but she's had a fascination with tools ever since watching her dad do handiwork around the house as a kid. They even built her childhood bunk beds together. As an adult, she "spent years leading Anchor Construction, one of the largest female-owned general contracting companies," according to People, and went on to found her own home improvement company called Stand-Ins. After negotiating a two-year contract with IBM, she became the CEO of Evergreen Construction, all while raising a now-college-aged son as a single mom. Barbara is also working on her third book, a novel about a woman who wants to build the tallest skyscraper in New York City, which is a frankly dizzying display of doing it all.

Even though RHONY lost its resident journalist in Carole, Barbara has actually had some experience in that field as well. She's been a columnist for the New York Daily News and a home improvement correspondent on the WE network, per People. Her list of celebrity home designs include Linda Evangelista and Amber Valletta, and she really tries to be an example to women who are trying to make it in male-dominated fields.

"Today, when I walk onto a job site I still get the looks — whether it’s a guy whistling at me or someone who tests me, because they can’t imagine that I know what I should know about [the job]," she tells People. "I believe that you have to be two, three, four times better, always, than your male counterpart in this industry."

Now that you're caught up on all her accomplishments and altruism, let's get into the drama Barbara brings to the table. To start with, she's already taken Bravo to court once. Remember that off-camera conversation at a party during Season 9, where Carole's mic picked up someone talking about about Luann de Lesseps and Tom D'Agostino's ill-fated relationship? That disembodied voice was Barbara's!

"I think she has something to prove," she can be heard saying. "She’d rather go through with it and get divorced than call it off." Barbara and the Countess go way back (she's also close with Dorinda Medley), and when she learned production had picked up her conversation and was intending to air it, she apparently tried to get an emergency injunction against the network to keep them from airing it, according to Page Six. The judge, unsurprisingly, threw the case out.

But apparently, all that is in the past, and Barbara and Luann are back to being besties. I guess viewers will just have to wait and see who she does end up sparring with this season.