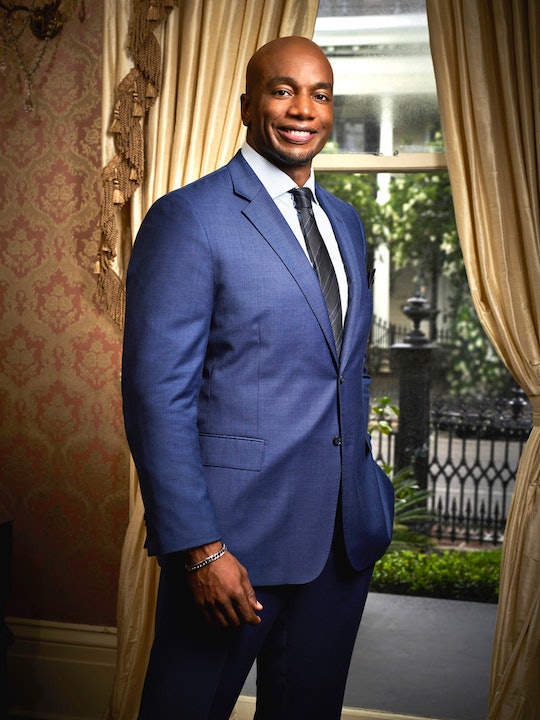 Following the success of the now classic Bravo show, Southern Charm, the network is premiering a spinoff of the show: Southern Charm New Orleans with a whole new cast of young southerners that I have been heavily researching. For example, you may be wondering, who is Barry Smith on Southern Charm New Orleans? Barry is a fitness expert from the Big Easy, in case you couldn't already tell by the size of his arms. I don't know anything about fitness, but I know a thing or two about reality television drama, and that makes me excited to see what comes next.

According to his Bravo bio, Barry grew up playing sports, which he then turned into an athletic career (the specific sport is not named). Once that career ended, he turned his fitness passion into a new career and started his own company. Barry started the FUEL Center of Fitness, which is described as an exclusive fitness club dedicated to helping athletes achieve their performance goals. The fitness center's website promises to help those who are serious about transforming their bodies and that the gym includes cutting edge group classes and the best in personal training from real experts that will be with you every step of the way.

The website's personal bio for Barry says that he has over 25 years of experience in the fitness industry and is the creator of some of the best group-x classes around. The bio also states that he's known for his "continuous smile." This is all very nice for Barry but let's be honest, I didn't come here to learn about Barry's professional life. I'm sure he's very successful at what he does, but what can I learn about him that doesn't have to do with work?

Well I also know that Barry is married to fellow cast-member and local news anchor Tamica Smith and the couple have two children together. In a cute little promo for the show, Barry and cast-member Jeff Charleston make what's called a "Hurricane Tamica," which is Tamica's twist on a hurricane. Explaining why the drink is named after his wife, Barry says, "It's a sweet drink, it's curvy [pointing to the shape of the hurricane glass], but you never know when it's going to hit you across the head." The drink is basically just a regular hurricane (dark rum, light rum, grenadine, orange juice, and lime juice) with a champagne topper. There has probably never been a more New Orleans beverage in existence.

Unfortunately for me (but good for him, I suppose), it's hard to find anything on the internet or in Barry's social media pages that suggests he's anything other than a pretty normal family man who maybe likes to workout more than the average guy. His Instagram is filled with pictures of himself at the gym, or cute pictures with his kids, including texts from his teenage son and photos from his daughter's track and field meets. His Instagram just looks like a dad's Instagram, which is definitely endearing.

That being said, it's always possible that Barry could end up bringing his own fair share of drama to the table and become a very entertaining reality TV character to watch. Take Cameron from the OG Southern Charm for example. She doesn't truly enter into any of the shenanigans that go on with her friends, but is always nearby to offer a witty comment or wry observation from the sidelines, and for that I love her. Maybe that will be Barry's role for this new series. I can't wait to find out.