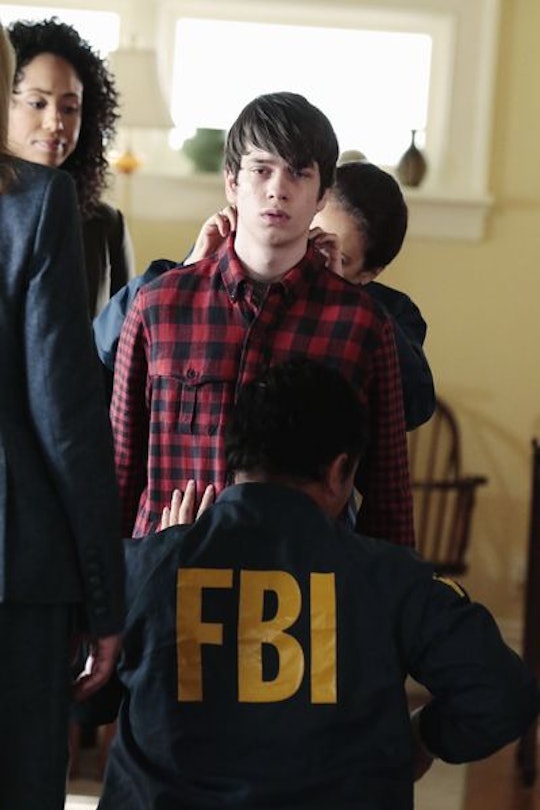 Who Is Ben On 'The Family'? The Mystery Seems To Be Solved

There was a point in the episode after the big DNA reveal on The Family that I thought the show was going to take back what they said about Adam Warren. For a second, it seemed like maybe the show was going to try and make it seem like Claire Warren had an affair and that Adam wasn't John Warren's biological child — but I was quickly corrected. Instead, it's much more twisted than just an affair resulting in an illegitimate child. Instead, it has to do with Ben. I know what you're thinking: who is Ben on The Family?

Sunday's episode was a lot to take in, but let's go through what we learned. We learned that Adam is not Adam. Instead, his name is Ben, another boy that Doug abducted and held in the bunker. We don't know if Adam is alive still or not, but we do know that Willa, the sister, is fully aware that Adam is Ben (possibly from the dental records she obtained). Willa also knew, somehow, that Adam's name was Ben, which she confirmed to her mom at the end of the episode. Basically, no one is who they say they are and it's all very confusing.

So who is Ben other than another victim? Does he know he's playing a role, or has Willa figured out how to manipulate him into thinking he's the real Adam. While in the hospital, Claire addressed Adam as Ben, which woke him up from a deep sleep, which was one of the most haunting moments in the series so far. Seriously, who is this kid and how has he worked his way into the Warren Family?

One guess is that he learned everything there was to know about Adam while in the bunker and then decided to take his place when he escaped. It would be like a twisted Parent Trap thing, except no handshake dance. My other guess is that Willa found Ben and convinced him to "play" Adam so her mom could win the election. Because, let's just say it, Willa is a little unstable.

The police are gaining on Doug, which is the only sure thing I know on this series right now. Doug is definitely the one responsible for the abductions, so we can finally rest easy that that part of the mystery is being solved.