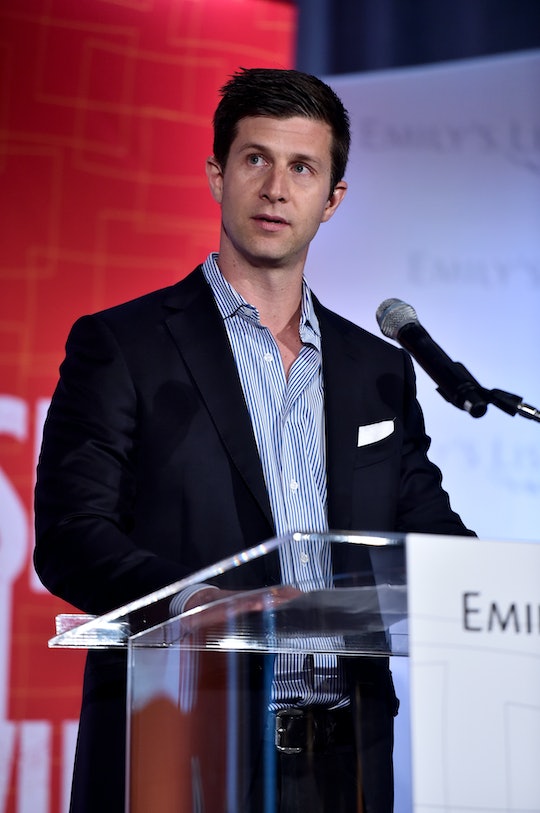 Bethenny's New Boyfriend Has Already Saved Her Life Once

Bethenny Frankel has had tough seasons on The Real Housewives of New York City before, but this season tackles what is undoubtedly one of the most difficult years of her life. A few weeks after the death of her on-again-off-again boyfriend Dennis Shields, Bethenny found herself connecting with another man, whom viewers see her planning a date with on the show. RHONY fans wondering who Bethenny's new boyfriend is may be glad to hear that they're actually still together, as of Valentine's Day 2019.

Her new beau is a film producer and real estate developer named Paul Bernon. People announced their budding romance in October of 2018, which is around the time when Bethenny would have filmed the Apr. 3 episode of RHONY. In that episode, she speaks to a grief counselor regarding her conflicting feelings about going on a date with a new person so soon after Dennis' death. She worries that bringing grief from her old relationship into a new relationship may not be a cute look. But her grief counselor reassures her that finding new romantic connections can actually help the grieving process along and suggests that cultivating a new relationship can actually be a way to honor her love with Dennis.

Bethenny and Paul actually share an alma mater — Paul attended Boston University for undergrad, where he studied film and television, per his LinkedIn account. In 2003, he graduated from New York University with a master's degree in Real Estate. Currently, Paul is doing a pretty good job of juggling both his passions. He's co-founder of and partner in a Los Angeles-based film finance and production company called Burn Later, as well a managing partner at Rubicon Real Estate, LLC. His real estate gig manages properties in New England, Texas, and Utah, and Paul lives in Boston, which Bethenny mentions on the show.

In addition to attending the same university, both Bethenny and Paul seem to be passionate about uplifting women. Paul's LinkedIn bio goes on to say that he's "a board member and founding chair of the Creative Council at EMILY's List, a political action committee focused on electing pro-choice Democratic women," which probably caught Bethenny's attention right away, given her commitment to female entrepreneurship.

The couple became ~Instagram official~ last Christmas, when Bethenny posted photos of them enjoying a holiday vacation in the Dominican Republic, according to E! News. From there, they went on to celebrate New Year's at the Rosewood Mayakoba resort in Playa del Carmen, Mexico. They were joined by Paul's two kids and Bethenny's 8-year-old daughter Brynn, according to People. The tropical retreat came after a serious health scare in which Bethenny had a nearly fatal allergic reaction to fish soup. She tweeted that quick EMTs and an epi pen saved her life — and she credited Paul with saving her.

In February, she posted some cute photos with him on Instagram for Valentine's Day captioned "Love is in the air." But she later deleted the caption, possibly due to the deluge of negative comments it generated shaming her for moving on so quickly after Dennis' death. But it seems like the couple is still going strong, despite Bethenny's initial hesitations. You can watch their relationship unfold when RHONY airs Wednesday nights on Bravo.