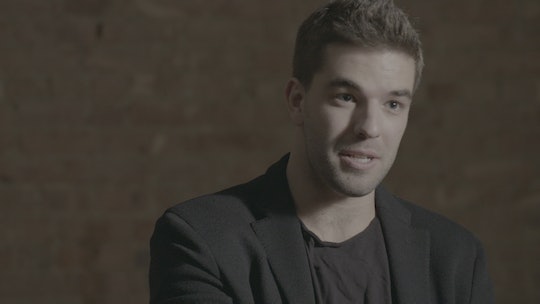 The Man Behind Fyre Festival, Billy McFarland, Has Some Explaining To Do

Thanks to two new documentaries this week, viewers are getting a detailed look inside what went wrong during 2017’s failed Fyre Festival. Netflix’s Fyre: The Greatest Party That Never Happened and Hulu’s Fyre Fraud both dish juicy details about the would-be luxury event and the people involved. The entrepreneur responsible for the mess is in prison, but people are curious to know more about him. So exactly who is Billy McFarland?

He is a 26-year-old entrepreneur from New Jersey, and in a 2014 interview with the New York Post, McFarland revealed how he got his start. While growing up in Short Hills, New Jersey as the son of two real-estate developers, McFarland started his first company when he was 13. He attended Bucknell University for college, but dropped out during his freshman year to launch a startup called Spling (a content-sharing site). Soon after, McFarland started his own credit card company called Magnises, which targeted millennials and offered them elite perks.

Through Magnises, McFarland made connections with socialites, businessmen, and celebrities and in 2015, he teamed up with Ja Rule and made him the company’s creative head. According to the Hulu documentary, Ja Rule and McFarland came up with the idea to throw a huge, Coachella-style festival in the Bahamas and they got celebrities and social media influencers on board to promote the event. Famous bands and celebrities like Blink 182 and Bella Hadid were promised to be in attendance, as well as first class accommodations and white-glove service. Hundreds of people bought tickets — which cost thousands to hundreds of thousands of dollars, and shared their excitement all over social media.

But the Fyre Festival turned out to be an epic failure, and both documentaries feature videos and testimonials documenting the disappointment and havoc people encountered when they arrived in the remote Bahamian island of Great Exumas. Instead of finding the lavish beach homes, celebrities, and cuisine they were promised, party goers found FEMA tents, rain-soaked mattresses, and port-a-potties lining the beach, with absolutely no reliable infrastructure, transportation, or supplies in place. Hundreds of people tried to leave the island at once, which resulted in travelers being stranded at airports and in and around the island.

Representatives for Billy McFarland did not immediately respond to Romper's request for comment.

Ja Rule immediately denied any wrongdoing, stating on Twitter that the disaster was "NOT MY FAULT" but that he was taking responsibility. McFarland insisted that he would make it right with a second event. But soon after, the FBI began an investigation into McFarland and the festival, and in 2018 he was indicted on criminal charges. McFarland eventually pled guilty to charges of defrauding investors of nearly $26 million dollars, and is currently serving a six-year sentence in prison.

Mic reported that a year after the failed event, vendors in the Bahamas were still awaiting payment apparently, though tourism appears not to have been negatively affected. One thing does seem fairly certain, however, and that is that there probably won't be another Fyre Festival.

Fyre Fraud is available to stream on Hulu and Fyre: The Greatest Party That Never Happened is currently streaming on Netflix.