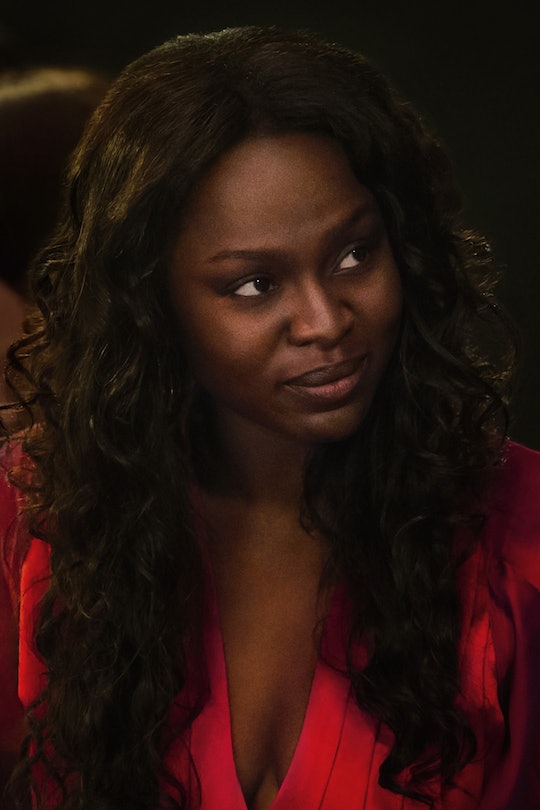 Bilquis On 'American Gods' Has An Unforgettable Scene

With the exception of Shadow Moon (Ricky Whittle), the series' protagonist, the major players on American Gods are, for the most part, gods. (Shocking, right?) The new Starz series, adapted from the book of the same by Neil Gaiman, follows the gradual build-up to all-out war between the Old Gods and the New Gods, orchestrated by Mr. Wednesday (Ian McShane). One of the most titillating major characters previewed so far has been Bilquis, played by Yetide Badaki. Given that most viewers likely aren't familiar with the name, it begs the question: exactly who is Bilquis on American Gods?

Bilquis is an ancient goddess of love both in the book and in the show, a member of the group of "Old Gods" affiliated with Mr. Wednesday and at odds with the newer, more-vigorously-worshipped New Gods, like Technical Boy and Media. In real life, Bilquis is often equated with the biblical figure, the Queen of Sheba. In the universe of the original book, Bilquis is a relatively minor American Gods character, but she's got one of the most memorable scenes in the entire novel — she ingests a man mid-sex via her vagina. Yes, really.

The scene is so noteworthy that it was already being talked about before the series even got going, with showrunner Bryan Fuller speaking to Den of Geek way back in 2014 about the challenges of taking that scene and rendering it for the screen. "One of the most amazing sequences for me when I was reading it was the Goddess Bilquis eating a man with her vagina! I think it’s beautifully written in the novel," Fuller stated. "That came up in the Starz meeting, they were like, ‘how are you going to do that moment?’ and we said, ‘we’re going to do it exactly as written’."

It's such a major moment that it made it into the character's brief introduction teaser while Starz was promoting the series leading up to the premiere.

Interestingly, though Bilquis only appears very briefly in the book version of American Gods, the TV show will be taking liberties when it comes to expanding the roles of various characters — including the love goddess. "One of the exciting things for us in adapting this is that we get to expand characters, so Bilquis, who is only in a chapter of the book, then you don’t see her again, is a major player in this world," Fuller said in the same Den of Geek interview.

Bilquis is already such an interesting and iconic American Gods character, despite her brevity. I can't wait to see what new material and storylines they come up with for her, beyond that terrifying sex scene.