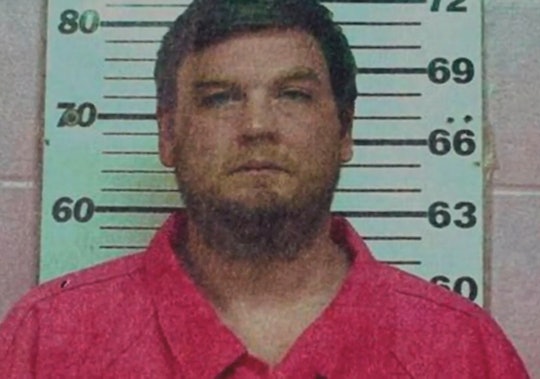 You probably first heard the name Bo Dukes on the investigative podcast Up and Vanished. The first season, which aired in 25 installments from August 2016 through July 2017, followed the case of Tara Grinstead, who disappeared in 2005 in Ocilla, Georgia. Over a decade later, following new information brought to the light by the podcast, two men were arrested. The first, Ryan Duke, has been explored more heavily by the press. But who is Bo Dukes, his alleged accomplice?

Both men were graduates of the school where Grinstead taught, Irwin County High School. While Duke has been charged with the murder, which is said to have occurred during a breaking and entering at Grinstead's home, Dukes is facing lesser charges, with police alleging that he helped Duke dispose of the body.

In an episode of the podcast, titled "Brooke's Story," the woman who turned them in gets to speak. Brooke Sheridan, Dukes' girlfriend, says that he confessed to her that he had helped Duke dispose of Grinstead's body, and that Duke was the one who had killed her.

Now, fans are once again fixated on the story, as an Oxygen special of Up and Vanished aired on Sunday Nov. 18, tying up lose ends and recounting what has happened since the podcast went off the air. According to Payne Lindsey, the man behind the podcast, Dukes was officially charged with conspiracy to help destroy a body, which he did by burning it and burying it in the pecan orchard of Dukes' uncle, Randy Hudson.

But the special begins by explaining that Lindsey and his team aren't convinced that Duke is guilty (he is currently set to plead not guilty on trial), and are considering the possibility that Dukes wasn't just an accomplice.

According to Georgia news station WGXA, Dukes was indicted on more charges in August, including making a false statement, concealing death, and hindering apprehension for his part in helping Duke. Dukes also pleads not guilty.

Though the focus is now on them, Duke and Dukes weren't early suspects in the case. It wasn't until another suspect, Anthony Vickers, said that Tara may have been involved with a former student

The reason for the continued suspicion where Dukes is concerned may come back to his criminal record. He was arrested in 2013 for embezzling a large sum from the U.S. Army. Wendy McFarland, Grinstead's friend and colleague, said that Bo "was always the kid who went to the beat of a different drum." She described him as "not the perfect kid," but didn't think anything he did in high school indicated that he'd end up a felon. However, she did admit that he was known to lie.

Coming from an upstanding family in the region, Bo may have been a strange suspect to some, but he strangely implicated himself in a variety of ways during taping of the podcast. Bo even took part in discussions about the case online. So while he has yet to be charged with murder, it's possible Dukes could have played a bigger part of Grinstead's death. But fans will have to wait until 2019 to find out.