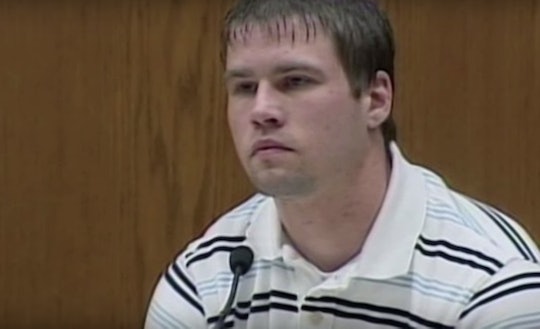 What You Need To Know About Bobby Dassey After 'Making A Murderer: Part 2'

Spoilers ahead for Making A Murderer: Part 2. For many true crime enthusiasts, Netflix's 2015 series, Making A Murderer, was a juicy unraveling of the case against Steven Avery and Brendan Dassey, two men found guilty in the 2005 murder of Teresa Halbach. Now, the docuseries is back for a second season, and has ended with a bombshell revelation: Avery's new defense lawyer, Kathleen Zellner, is pointing the finger at Brendan's older brother, Bobby, as a viable suspect in Halbach's death. But who is Bobby Dassey? Making A Murderer: Part 2 unravels the alleged motives behind one of the case's key witnesses.

At the end of Making A Murderer's second season, Avery's new defense lawyer, Kathleen Zellner, had filed a motion that claims Bobby Dassey lied in his testimony in the 2007 trial that ultimately led to Avery and Brendan's convictions, according to Rolling Stone. Specifically, Zellner, who is known for overturning dozens of wrongful convictions, alleges that new and suppressed evidence may discredit claims Bobby made in his testimony about his own alibi, and that he should be considered a viable suspect in Halbach's murder.

Romper's request for comment from Dassey's mother, Barb Tadych, about the ongoing case and his inclusion in the Netflix documentary, was not immediately returned.

We have found thousands and thousands of images that could only have been accessed by Bobby Dassey. Torture, bondage, pedophilia, nightmare stuff. Fascination with death. … decapitated girls, things like that. I mean, this is astounding.

Zellner based her motion to grant Avery a new trial, in part, on Bobby's internet searches. But a judge denied her motion to add evidence containing his computer searches to Avery's appeal in September, according to The Post-Crescent.

Still, that's not the only so-called evidence Zellner alleges to have that would exonerate Avery. The lawyer also claimed in an episode that she has an affidavit from Bryan Dassey, Bobby and Brendan's older brother, that claims Bobby wasn't asleep as he claimed in his initial testimony, according to Oxygen.

Instead, Bryan had reportedly told officials with the U.S. Department of Justice in November that Bobby admitted to seeing Halbach leave the property the day of her murder, Rolling Stone reported.

In the signed affidavit Zellner claims to have, Bryan said, according to Rolling Stone:

I distinctly remember Bobby telling me, "Steven could not have killed her because I saw her leave the property on October 31, 2005."

But Dassey has stuck to his testimony. He doesn't appear in the second part of the docuseries, but footage from his interview with special investigators last November is shown. And in that interview, the elder Dassey said:

It sucks that people are trying to pin it on me ... the one thing I want is for my name to be cleared.

Avery's case is stalled at the moment, but Zellner has not given up on her client. The lawyer wrote on Twitter recently that their appellate brief is due in December, giving them another opportunity to overturn Avery's "wrongful conviction," according to Oxygen.