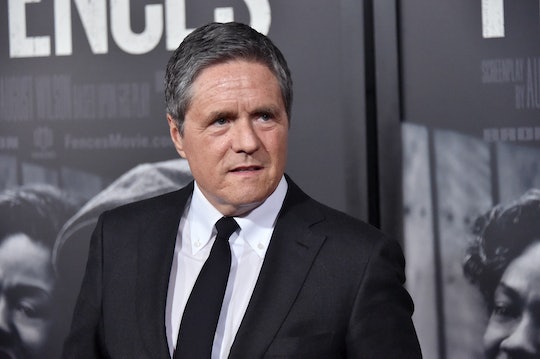 During the finale of Saturday Night Live this week, there was a tribute to a member of the SNL family. So who is Brad Grey? He actually wasn't involved with SNL, but rather the chairman of Paramount Pictures, who died last week at the age of 59 years old. Just before going into a commercial break, SNL showed a title card with his image on it and just his name. Since he helped launch many comedians' careers with movie deals, it's likely that many members of the cast — new and old — have him to thank for their success. Bob Saget and Gary Shandling were basically unknown until Grey worked for them.

His death, due to cancer, came as a surprise to his friends, family, and colleagues, since many assumed that the next news they heard about him would have to do with his job. In February, Grey was ousted from Paramount as part of a broader "house cleaning" after some bad movies and an underinvestment from Viacom led to financial trouble, according to The New York Times.

Grey was both loved and feared in Hollywood, according to his obituaries. But most everyone agreed that the producer responsible for The Sopranos changed the game in Hollywood when it came to representing artists.

In addition to The Sopranos, Grey was the man behind Happy Gilmore, Real Time With Bill Maher, and The Larry Sanders Show. He was also behind the recent Star Trek movies and Zoolander 2. Basically if you've watched a movie in the past few years, Grey was likely the guy signing off on it, for better or worse. He also started Plan B, another production company, with Brad Pitt and Angelina Jolie, though he sold his ownership stake in 2005.

Pitt's representative said that he was "devastated" by the news of Grey's death last week, adding: "With Brad Grey, Brad Pitt was one of the few people who knew he was sick. Grey was told he had a few weeks to live, but he didn't even get that long. He was gone way too soon."

Apparently, Grey hid his cancer from most of his colleagues and was seemingly in good spirits before his death, making the news even more shocking. He wrote in a memo to colleagues before leaving Paramount in February, “I look forward to new adventures."