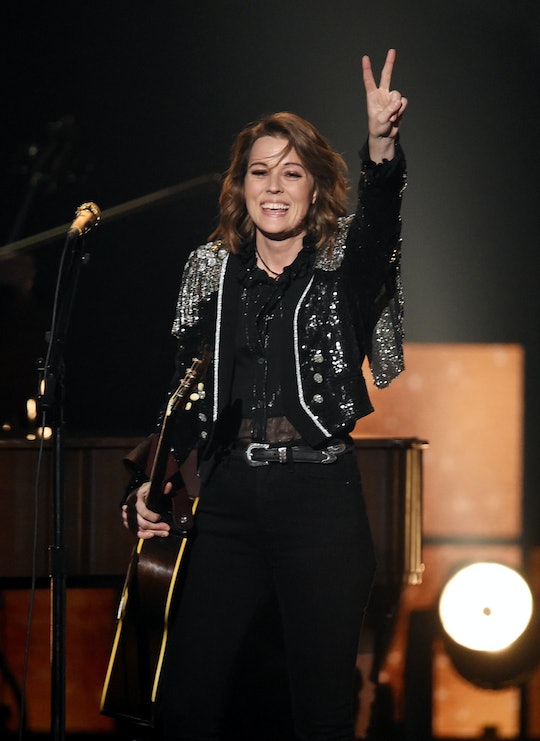 Brandi Carlile Was A Big Winner At The 2019 Grammy Awards

One of the biggest winners at the 2019 Grammys was singer Brandi Carlile. She wowed the audience with an amazing performance of her single, "The Joke." The singer was nominated for six Grammys, and picked up three wins Sunday night. If you hadn't heard of her before, but were blown away by her Grammy performance, you're probably wondering: who is Brandi Carlile?

In an interview with NPR, Carlile — who is openly gay — revealed that her album ended up becoming about forgiveness, even though she didn't plan on it. "Forgiveness is so radical and so filthy, and it gets made out to be such a casual concept, when really it might be one of the deepest things that we do as humans — to forgive for real deep hurts," said Carlile.

She talked about her experience of being a gay child, and the hurt and rejection she felt when her church's pastor refused to baptize her because of her sexuality. "I was young, and I was part of the church community in my small town," Carlile explained. "I had committed myself to baptism, and the pastor let me go through the process — you know, there's kind of a process part of getting baptized."

When talking to Shondaland, Carlile talked about her family and career, and how they are both heading in the direction she hoped. "I’m pretty happy on the trajectory that I’m on, which is that I’ve got a pretty equal delineation in my life of the things that are really important: my family— my activism and faith, which are unbreakable and one in the same, and my music," said Carlile.

Her recent Grammy nominations took Carlile by surprise, and she told the Seattle Times that she was super excited to be recognized this year. "Oh man, I was completely shocked, obviously," said the singer. "Then shortly thereafter thrilled — beyond thrilled. I’ve been so happy about it ever since. I feel a strong sense of joy around the whole thing."

It turns out Carlile was right to be thrilled. Not only did she pick up three Grammys this year, she also won over audiences with her inspirational and soulful performance.