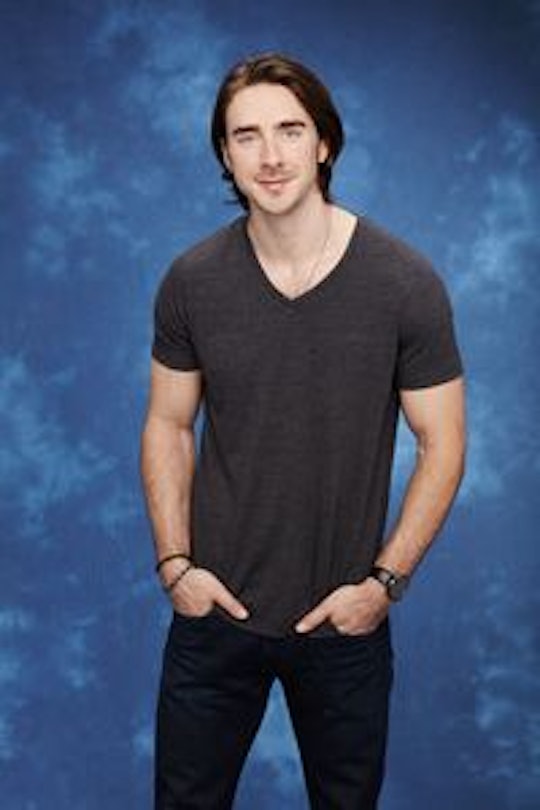 Who Is Brandon On 'The Bachelorette'? He's More Than A Hipster

Season 12 of the Bachelorette finds JoJo Fletcher choosing from amongst 26 dapper hopefuls, all competing to win the charming lady's heart. As usual, many have chosen some daring tactics in order to garner attention for themselves. You may notice in the promo pic, for example, that one of the bachelors, Nick B., is wearing a Santa suit. Other men have chosen some interesting, to say the least, job titles for their biographies. James S. is a 'Bachelor superfan,' professionally I suppose, and Robby's current occupation is "former swimmer," which I guess was great back in the day. Another profession I'm curious about is "hipster," the declared occupation of one contestant. Who is professional hipster Brandon on The Bachelorette?

First, I doubt he's a real hipster, even if sometimes his friends tease him that he's a hipster because he reads too much Salinger or whatever. He has no tattoos, no beard, and his favorite movies include Good Will Hunting and The Dark Knight. If he's going to claim that he is a hipster for a living, I'm going to need to see some actual bona fides. From the evidence presented, I can only gather that Brandon is either a liar or terribly confused.

He does, however, seem to have an IMDB page. So, whether or not he's a hipster is really moot. He might be a struggling actor/performer who was just looking for a more thrilling career to write on his application for the show. Thus, landing on "hipster."

While his hipster-status is somewhat up for debate, what I will say for sure is that this guy is a declared sweetheart almost to the point of corniness. Is he a romantic? "Yes, hopeless," he says. He "sees love everywhere," and is looking for a "The Notebook-type of experience." I am already preparing myself for some truly elaborate, Sleepless in Seattle-level grand gestures. His biggest first date fear is "Being so attracted to her that I don’t know how to approach her or be myself," and the person he loves most in the world is his mom, "She is the kindest, most open and loving person I know."

Oh, come on! Go home, dude, you are not a real person. It's like the evil geniuses who produce The Bachelor created him out of marshmallows, broken hearts, and someone's mom's vague idea of what a hipster is. That being said, he is certainly a nice foil for model, Daniel, who's biggest first date fear is "that she doesn't look like she does in pictures."