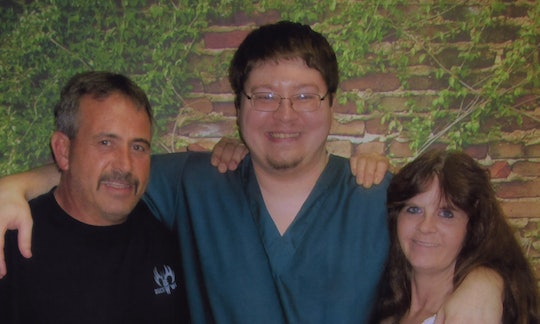 The first installment of Making a Murderer focused on the prosecution of Steven Avery for the murder of Theresa Halbach — along with his then 16-year-old nephew, Brenden Dassey. Dassey eventually confessed to the crime but this confession has been widely debated. Was it coerced? Was he mentally fit to understand such a confession? He was convicted in 2007 and is currently behind bars, though maintains his innocence and is now under new representation. So who is Brenden Dassey's lawyer now? In the second part of the Netflix docuseries, Making a Murderer: Part Two, Dassey's life post-conviction plays out and his new attorneys make their television debut.

The new season reveals Dassey is now represented by Laura Nirider and Steve Drizin. Niridier is a Chicago attorney with plenty of experience defending juveniles as the co-director of the Center on Wrongful Convictions of Youth at Northwestern Pritzker School of Law. Drizin is a co-founder of the same center where, according to the website, Drizin's focus has been the study of false confessions and "his policy work focuses on supporting efforts around the country to require law enforcement agencies to electronically record custodial interrogations." Since several aspects of Dassey's interrogation and subsequent confession have come under scrutiny, this team seems ideal to help him.

Dassey's former attorney, Len Kachinsky, was taken off the defense team before the trial and for good cause. USA Today reported some were leery of the lawyer's tactics in letting investigator, Michael J. O'Kelly, obtain a confession from Dassey without parents present. According to The Wrap, back in 2016, Kachinsky said he wasn't responsible for any time Dassey would serve in prison adding, "You can say I made a mistake, that I should’ve [attended] or I should have rescheduled the interview — that’s valid criticism."

This time around, the series puts more emphasis on both Avery and Dassey's investigative and legal teams, according to Variety. There's more focus on the emotional toll for everyone in the post-conviction process. In the first episode of Season 2, Niridier explains why she took on a case like Dassey's saying, "There is no federal right not to be in prison if you're innocent, which is incredible but true. Somebody like Brendan can't walk into federal court and say 'Here's evidence that I'm innocent, here's evidence that I didn't do this crime.' You can't even walk in and say 'Here's who did do the crime.'"

At the beginning of the season, Nirider and Drizin's task is huge; they must prove Dassey's constitutional rights were violated. The fight for Dassey's freedom began in 2005 after the homicide of photographer, Teresa Halbach. Though no physical evidence can tie Dassey to the crime, he's still behind bars. More than this, all the interrogations — four — took place over a 48-hour period. USA Today reported that dissenting judges said in a statement, Dassey's sentence was "a profound miscarriage of justice."

Avery, who is also serving time for his conviction, has a new attorney, too — Kathleen Zellner — so the episodes may dig deeper into his prosecution as well. Dassey's life sentence doesn't have him parole-ready until 2048, but maybe the new attorneys will eventually succeed in getting the case overturned. As for the Halbach family, they want no part in either season. They issued a statement before the Season 1 release, saying, "Having just passed the 10-year anniversary of the death of our daughter and sister, Teresa, we are saddened to learn that individuals and corporations continue to create entertainment and to seek profit from our loss. We continue to hope that the story of Teresa’s life brings goodness to the world."

You can stream Making a Murderer: Part Two on Netflix now.