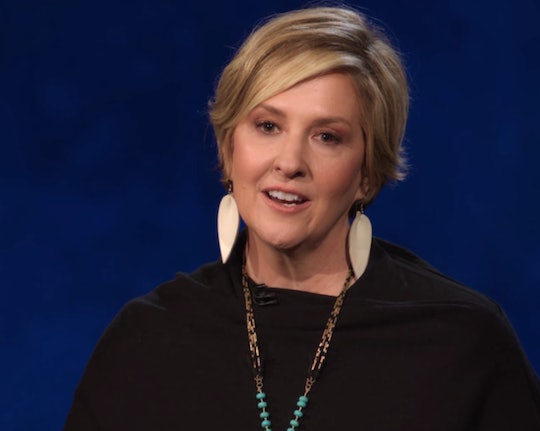 One of the most iconic TED talks of all time challenges people to embrace vulnerability and personal flaws, which is easier said than done. However, the woman behind the phenomenon is headed to Netflix, and the internet can't handle it (nor should it). The basis of Dr. Brené Brown's speech went viral some nine years back, but her words are quoted just as much today as they were then. At a time the world needs a little metaphoric hug, you're going to want to know who Brené Brown is so you can get all caught up on her work before diving into the must-see documentary of the century, The Call to Courage.

Dr. Brown is a professor of social science at the University of Houston, who's spent over 20 years researching important topics like shame, empathy, courage and vulnerability. She's written five —five!— number one New York Times bestsellers, such as Daring Greatly, Braving the Wilderness and Dare to Lead (to name a few). And her now infamous TED talk with over 38 million views, is among the top five most popular videos of all time. It's no wonder Netflix wants to get in on this gift for all. According to O Magazine, the documentary will feature stories to inspire. Dr. Brown aims to challenge audiences to "be bold and step fearlessly into uncertainty and the unknown."

As for how this all came about, Dr. Brown spoke to Refinery29 saying, "I had this longstanding two-decade old goal of starting a global conversation about vulnerability, shame, courage," she said. "[The Netflix special] seemed like an amazing opportunity to do that, and I'm a fan, so it seemed like the right partner, and an opportunity that was just indescribably good."

In its official description of The Call to Courage, Netflix explains that in the special Brené Brown presents a new take on courage, specifically taking on the idea that courage and vulnerability are mutually exclusive. And she'll also talk about what she learned after her TED talk gained so much attention.

If there were ever a time the world needed a deliberate push towards courage and vulnerability, it'd be now. In that same Refinery29 interview, Dr. Brown spoke about finding courage in today's polarizing climate. "We have to stay grounded," she said, continuing:

If The Call to Courage pulls even the smallest pieces of Dr. Brown's TED talk or any of her amazing books, you might just have your whole life change — for the better.