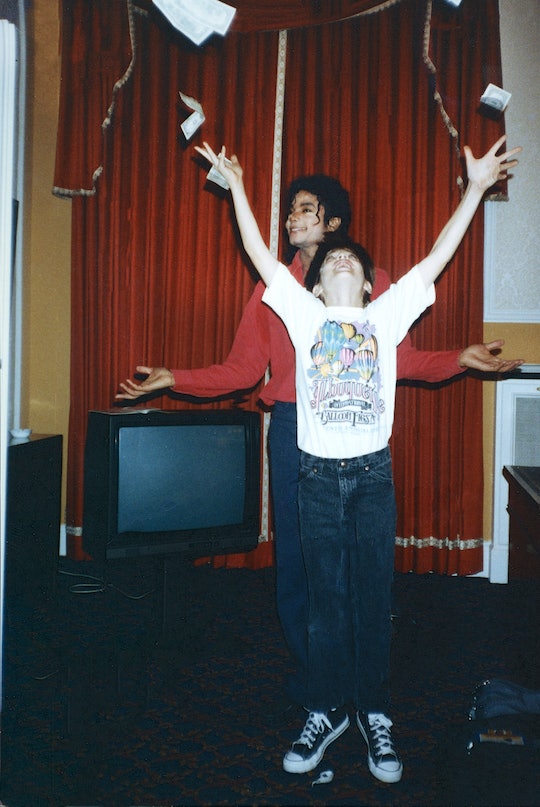 Here's What We Know About Brett Barnes From 'Leaving Neverland'

After its controversial release at the Sundance Film Festival in January, a new documentary about Michael Jackson is coming to HBO. In Leaving Neverland, two men — Wade Robson and James Safechuck — allege that the singer sexually molested them when they were children. The film mentions another boy — Brett — who was in Jackson’s orbit at the time, so viewers are curious to know who Brett Barnes is and where he is now.

In Leaving Neverland, both Robson and Safechuck claim that Jackson abused them for years when they were kids, reported The Daily Beast, and say that he brought Barnes and actor Macaulay Culkin in as “replacements” when they got older. According to the report, both Culkin and Barnes have denied being sexually abused by Jackson in the past.

While Culkin publicly defended his relationship with Jackson as recently as January, there aren’t any recent interviews or statements of Barnes to be found. E! News reported that when he was 11-years-old, Barnes participated in a news conference with Robson, where the two told reporters that their relationships with Jackson were not sexual. "He kissed you like you kiss your mother," Barnes said according to the report.. "It's not unusual for him to hug, kiss and nuzzle up to you and stuff."

According to Variety, Jackson’s estate — which is now suing HBO for airing the documentary — released a statement in response to the allegations in the documentary, stressing the fact that the filmmakers didn’t interview people — like Barnes — who say Jackson never molested them:

Tellingly, the director admitted at the Sundance Film Festival that he limited his interviews only to these accusers and their families. In doing so, he intentionally avoided interviewing numerous people over the years who spent significant time with Michael Jackson and have unambiguously stated that he treated children with respect and did nothing hurtful to them. By choosing not to include any of these independent voices who might challenge the narrative that he was determined to sell, the director neglected fact checking so he could craft a narrative so blatantly one-sided that viewers never get anything close to a balanced portrait.

In an interview with USA Today, Leaving Neverland director Dan Reed fired back at the estate’s allegations and said that he initially considered interviewing Barnes and Culkin for the film, but his decision to omit their stories doesn't negate what happened to Robson and Safechuck. “The film is the story of James Safechuck and Wade Robson,” said Reed. “No one else was in the bedroom with them. If there are people out there who were also intimate with Michael Jackson and spent many nights with him in bed that were not molested, that's fine. It doesn't in any way negate the story of these two individuals. So for the estate to say, 'Well, you haven't spoken with other people who weren't molested by Michael Jackson' is absurd."

Barnes doesn’t have much of a media presence other than an unverified account on Twitter that recently popped up in defense of Jackson. As the controversy around the documentary continues to rage, there is a possibility that he releases an official public statement at some point in the future.