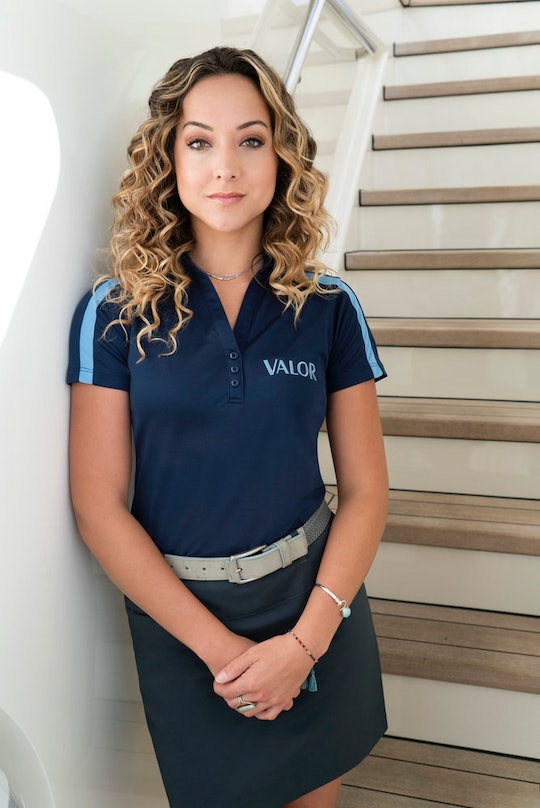 Brianna Adekeye May Prove To Be Popular On 'Below Deck'

Rejoice, people, for Below Deck is back. Captain Lee is returning, joined by Chief Stew Kate and Senior Deckhand Nico as well as a lot of unfamiliar faces. And there's one new face that everyone is bound to be pretty darn interested in. So who is Brianna Adekeye on Below Deck? It looks like she's going to be the Malia of this season (I'm sorry, I couldn't help myself), with three of her crew-mates all going after her. Look, I understand that it's a small group of people in a foreign country, but I mean does this always have to happen?

According to Bravo, it looks like Brianna is definitely going to be a lot of fun this season. Her bio states that she is "free-spirited," which can certainly be interpreted in a variety of different ways. I've found, however, that it's usually shorthand for "Most likely to say and/or do something completely bonkers on television." The bio also states that she fell in love with yachting after going on a "booze cruise" in Marina del Rey while on vacation. I think it is absolutely wonderful that this woman was inspired by a literal booze cruise to change her life. This is the type of woman I want to watch on reality television and also be BFFs with.

Brianna apparently is a "freelance yachtie," meaning she bounces from charter to charter, after a bad experience with a strict chief stew. Knowing what I know as a Below Deck fan, Brianna is probably (definitely) going to clash with noted stickler, Kate, known for being pretty darn harsh with her underlings on the show. It's great TV, of course, but I wouldn't want her as a boss, necessarily.

The only other thing I can really say about Brianna, is that apparently she's got whatever it is that brings all the boys to the yard. Specifically, Nico, Chef Matt, and newbie deckhand Chris will all be vying for her affection, like some kind of Bachelorette franchise but at sea. If her Instagram is any indication, Brianna is the type of person who is up for anything, (including surfing, naked dancing, and cage-dancing) so I, personally, am excited to see how this translates onto the show.

I can only hope that her love triangle (or square, or whatever), turns out as nicely as Malia's did, but without all the judgmental castmates and general ugliness. Honestly though, it's a TV show. So you never know.