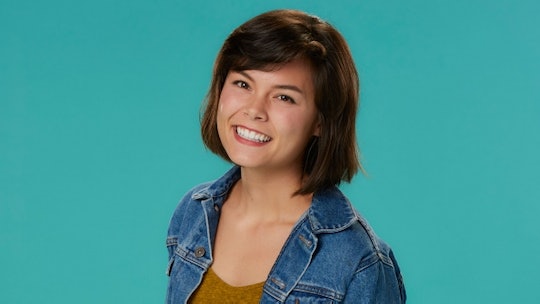 Who Is Bridgette On 'Big Brother 18'? She's Got Some Tricks Up Her Sleeve

Each season of Big Brother brings with it a new cast to meet and new personalities to analyze. It can be tempting to try and figure out who everyone is from the jump in an effort to determine just who might be the one to win in the end. That can be difficult with so few details to go off of, but there are still potential clues to be found in cast member bios that can at least give a decent sense of who the person is. For example, who is Bridgette on Big Brother Season 18?

Bridgette is a twenty-four year old "traveling nurse" originally from Fresno, California who now calls Ventura home. She describes herself as "optimistic, energetic, and awesome," which is sort of asking for a sweet summer child shake of the head. It's good to have a positive attitude, but let's hope the machinations of her housemates don't put a dent in it. Bridgette seems like a pretty normal woman in her twenties: she loves yoga, baking, reading sci-fi, and enjoying some time with her friends. Whether any of those things will end up giving her a leg up in the competition remains to be seen.

Bridgette understands that people might underestimate her based on her appearance, though, and she plans to use that to her advantage. She's going to let the other people in the house make whatever assumptions they want while she develops important alliances and spreads key rumors. Bridgette's game plan involves finding backup in the form of people who are strong and easily controlled (the Draco Malfoy method) while manipulating situations "behind the scenes." She'll wreck havoc secretly and then reap the benefits.

People tend to underestimate me. I look very young, I can be a bit gullible and oblivious at times, and I tend to be goofy and playful. I plan to let them think what they will and let them disregard me as a threat. What they will not expect is for me to be extremely smart. I can—and will—outwit others with my gameplay and strategy.

For Bridgette, the most difficult part will be being apart from the people she loves, but that's for the best; she'll need to be able to focus on her dastardly deeds without any distractions. Bridgette may not look like a threat from the outset, but don't write her off; she promises to be capable of a lot more than anyone would guess.