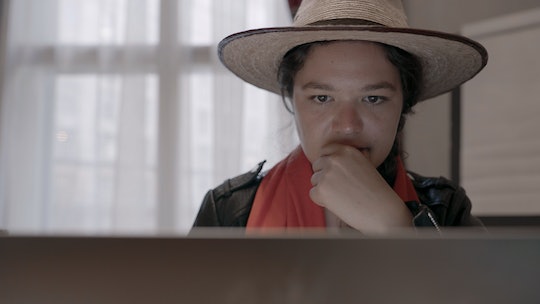 Karim Amer and Jehane Noujaim's highly-anticipated documentary about the Cambridge Analytica/Facebook scandal drops on Netflix this month after a successful premiere at the Sundance Film Festival in early 2019. The Great Hack aims to demystify the dense, technical, and complicated story which dominated headlines just one year earlier in 2018. Among the key players is whistleblower Brittany Kaiser, who, in modern parlance, was the one responsible for producing the receipts. But, who is Brittany Kaiser?

Kaiser worked for SCL Group, Cambridge Analytica's parent company, as the director of business development between February 2015 and January 2018, according to Newsweek. A Houston native who grew up in Chicago, Kaiser previously worked on President Barack Obama's media team for his 2008 election campaign, and as a lobbyist for Amnesty International.

Kaiser claimed Cambridge Analytica pitched Leave.EU a campaign and did significant work on their behalf, including Facebook user data scraping. But Leave.EU ultimately didn't wind up hiring the firm or using its campaign. Kaiser also claimed that she wasn't paid for the work she did on the pitch.

Kaiser was instructed to develop a business proposal for how Cambridge Analytica could work with the [Leave.EU] campaign. According to Kaiser, they agreed to do some data analysis. Kaiser also agreed to represent the company at a launch panel presenting the campaign to the public.

The data analysis is at the core of Cambridge Analytica's political scandal. Cambridge Analytica, a British political consulting firm, allegedly did work on behalf of both Brexit and Trump 2016 campaigns using a disturbing Facebook loophole which allowed them to harvest data on millions of users. According to Vox, Russian-American researcher Aleksandr Kogan was hired by CA as the owner of an outside firm called Global Science Research. Kogan developed a personality quiz Facebook app, which would harvest the profile data of any user who downloaded it, as well as the profile data of all their Facebook friends.

Initial reports claim that Cambridge Analytica data mined over 87 million Facebook users for the purposes of election campaign targeting, though Kaiser testified the number was actually much higher — but, more on that in a minute. All the alleged data gathering for political use happened virtually unbeknownst to Facebook users, most of whom didn't understand what they were actually signing away when they downloaded the app. And, although third-party apps are technically allowed to data scrape Facebook users, Facebook expressly prohibits the sale of that data, a term which Cambridge Analytica allegedly violated when it sold or prepared to sell the information to political campaigns.

I do not know the specifics of these surveys or how the data was acquired or processed. But I believe it is almost certain that the number of Facebook users whose data was compromised through routes similar to that used by Kogan is much greater than 87 million, and that both Cambridge Analytica and other unconnected companies and campaigns were involved in these activities.

While the practice of third-party apps mining Facebook user data isn't exactly new, the political and commerce implications are terrifying, as The Great Hack expertly lays out. The doc is now streaming on Netflix.