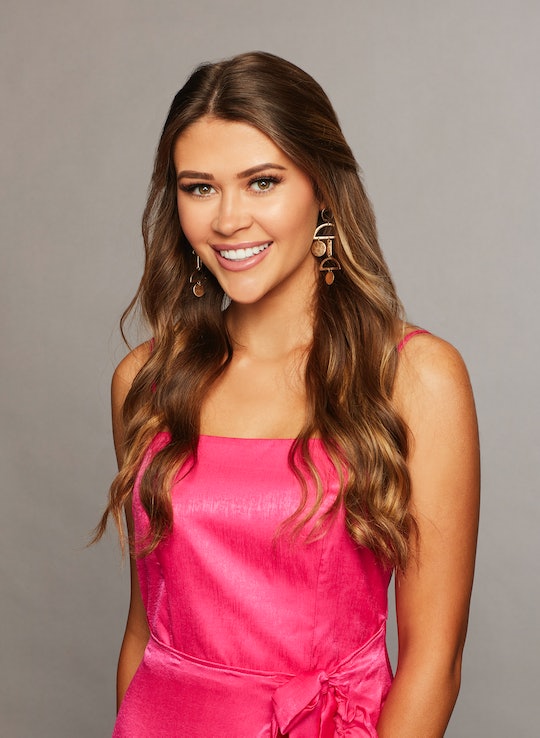 Here's What We Know About This Early 'Bachelor' Frontrunner

It has to be tough to be a contestant on The Bachelor. You’re being judged on your looks, obviously, but you simultaneously need to be likable and be linked to enough drama that you become a frontrunner. After the women of the upcoming season were announced, viewers quickly began choosing favorites before they even knew them, like Caelynn Miller-Keyes. So who is Caelynn on The Bachelor?

According to ABC, the 23-year-old hails from the south, growing up in Virginia and North Carolina. She studied broadcast journalism at VCU, but her real claim to fame is that she was 2018’s Miss North Carolina, as well as the first runner-up for Miss USA. So it looks like she has both beauty and brains checked off as she heads into a very different kind of competition.

It’s a new year, and a whole new season. That’s right, 2019 kicks off with Season 23 (!!) of the reality TV phenomenon, and here’s this season’s twist: The Bachelor is a virgin — gasp! But seriously, Colton Underwood, a former pro football player (for a hot minute, but still) and contestant on both The Bachelorette Season 14 (Becca Kufrin’s season, which aired last spring) and Bachelor in Paradise Season 5 (where he was involved with Tia Booth) has quite a choice to make this time around, and Miller-Keyes could have the key to his heart (I stole that joke from her, sorry).

As per usual, ABC isn’t sharing much with viewers beyond the generic “fun facts.” For Miller-Keyes, that includes having traveled to Japan for a first date, being a bad cook (but not when it comes to breakfast, oddly enough), loving the Italian-like atmosphere of Napa, California, and looking up to her grandmother, who was a high-ranking member of the FBI (whoa). But since this obviously isn’t enough to satiate true fans, I had to dig a little deeper.

Miller-Keyes isn’t super active on social media, unfortunately. Her Instagram is pretty typical — she posts glamour shots of herself, often with her fellow pageant winners. But, she also has a sense of humor: The background image on her (practically empty) Twitter account is a Furby, and, consistently, her bio simply reads: “Hi, I’m a Furby.” Plus, she retweeted a meme the official Bachelor account made of her, which at least shows she’s in good spirits about the whole thing, regardless of how things worked out for her.

Obviously, this beauty queen's fate won’t be announced until the season finale of The Bachelor airs, but there have been rumors floating around that Miller-Keyes is a shoo-in for The Bachelorette. As fans of the franchise know, ABC typically alternates between The Bachelor and The Bachelorette, with the next suitor being chosen from one of the fan favorites from the previous season. As a beauty queen, Miller-Keyes has a unique hook (although, let’s be real, there have been a ton of pageant winners over the numerous seasons of these shows). However, whether or not she brings the drama will factor into the decision as well.

The Bachelor premieres on Monday, Jan. 7 at 8pm ET.