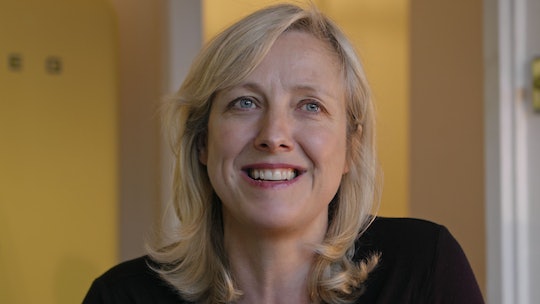 Netflix's sprawling documentary feature The Great Hack comes in at nearly two-and-a-half hours long, meticulously detailing 2018's Cambridge Analytica/Facebook scandal through the eyes of key players, including David Carroll, who sued CA to learn the source of its data, which turned out to be Facebook; Brittany Kaiser, the whistleblower who revealed CA's inner workings; CA CEO Julian Wheatland; and The Observer reporter Carole Cadwalladr, who broke the Camrbridge Analytica story, earning a 2019 Pulitzer Prize nomination for her efforts.

Prior to her time at The Observer, Cadwalladr worked for The Daily Telegraph and penned a popular novel in 2005 called The Family Tree. But for the past decade, she's covered technology, and in 2016, she began work on a series of articles for The Observer tackling the phenomenon of "fake news" in the right-wing political media sphere. That series of articles is now organized into a collection called "The Cambridge Analytica Files." Over the course of two-and-a-half years, Cadwalladr detailed how Cambridge Analytica, a political consulting firm, harvested Facebook user data without user knowledge for the purpose of voter-targeting.

CA planned to devise ways to target voters based on the information their public Facebook profiles revealed, and sell those findings to political campaigns, including the 2016 Trump campaign and the 2016 Brexit campaign known as Leave.EU. With the help of whistleblowers, Cadwalladr discovered and revealed to the public that CA had harvested the data of over 87 million Facebook users for political purposes without those users' informed consent.

According to The Guardian, Cadwalladr's reporting "led to the downfall of Cambridge Analytica," which ceased operations in 2018 following the scandal. It also prompted Facebook founder Mark Zuckerberg to apologize for the platform's lax privacy rules, which allowed for such a data breach in the first place. Government investigations promptly began in both The UK and the United States following the revelations in Cadwalladr's reporting, and Zuckerberg was forced to testify before Congress about Facebook's culpability in the matter.

Cadwalladr's first big piece on Cambridge Analytica ran in February 2017, drawing connections between the consulting firm, the Brexit campaign, Trump's campaign, and former Trump advisor Steve Bannon. Bannon, it turned out, both helped fund CA and, for some reason, was copied on emails pertaining to the firm's Brexit campaign strategy, according to Kaiser.

In a Q&A with The Guardian, Cadwalladr explained how daunting the work of breaking the story was, saying:

It’s been...exhausting, exhilarating, stressful, alarming and at various points, slightly terrifying. The early months last year were among the worst. It felt like the world had turned very dark and I was sitting on a lot of information that implicated a lot of important and powerful people...and I did worry about that.

Cadwalladr and The Guardian faced three legal threats from CA before it went under and one from Facebook in the aftermath of her reporting, according to a March 2018 tweet. But in her interview with The Guardian, she cited reader support as a primary motivation to keep digging. Cadwalladr clearly played a massive role in the scandal's development and is sure to provide necessary insight in The Great Hack. The doc is currently streaming on Netflix.