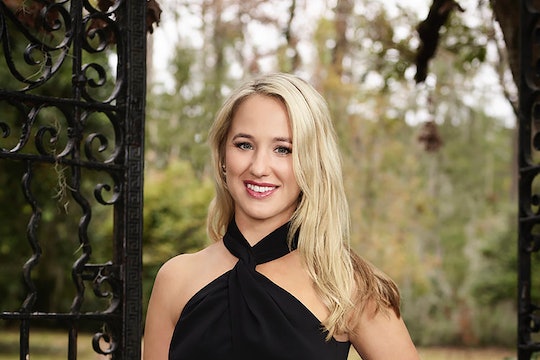 Who Is Catherine Cooper From ‘Southern Charm: Savannah’ Dating Now?

Catherine Cooper, the fun-loving star of Southern Charm: Savannah, has had her fair share of relationship issues throughout the show's two seasons. From her on-and-off romance with her high school boyfriend, Lyle Mackenzie, to a possible relationship with a mystery man, it's safe to say her relationship status is rocky these days. The good news is Catherine has a lot of potential suitors to choose from in Savannah, and there are plenty of opportunities for her to meet someone new. That being said, who is Catherine Cooper from Southern Charm: Savannah dating now? Although fans are chomping at the bit for info about Catherine's dating life, she tends to keep her personal life private. Honestly, it's hard to tell what her status is these days.

Catherine's long-term relationship hit a major snag in Season 1 of Southern Charm: Savannah when Lyle attempted to propose. Viewers watched Catherine interrupt Lyle every time he tried to pop the question, a scene that was trés awkward. Still, as uncomfortable as the situation was to witness, Catherine had good reasons for rejecting Lyle. She explained in an interview with Bravo's The Daily Dish:

It’s a big thing to move forward with when I think it’s important for us to have that conversation and to be on the same page. And we really hadn’t had a chance to talk about it. You know, obviously with everything going on the past 10 weeks, there was a lot of, we just didn’t really have a chance to have the conversations that I feel like are necessary leading up to this big moment.

But wait — the drama didn't stop there. In Season 2, fellow Southern Charm: Savannah cast members Hannah Pearson and Brandon Branch accused Catherine of carrying on a relationship with another person while dating Lyle. Although the identity of this person remains a mystery, Catherine did admit to the relationship during a tense dinner conversation with Hannah. "You and this person have been together in recent times," Hannah said, according to Bravo, to which Catherine replied: "Oh, of course."

So, is Catherine still dating this anonymous person or did she patch things up with Lyle? Or did she move on to someone new? The answer to these questions is a bit murky thanks to Catherine's private nature. And if you need convincing about how private Catherine actually is, consider the fact it took her two seasons to spill the beans about her secret romance. Despite the fact that everyone in Savannah knew about the relationship, including Lyle, Catherine danced around the subject time and time again.

But if you were to confront Catherine about her tendency toward secrecy, she'd probably cop to it immediately. In Season 2, for instance, Catherine confirmed she struggles with her emotions, and and she was once against therapy. In a confessional about going to therapy with Lyle to resolve their issues, Catherine shared, according to Bravo:

Growing up, there was a stigma against therapy. So, the first time that Lyle brought it up, I said, 'No, we don’t need that. We can get through this.' But i was wrong.

Considering Catherine is still learning to be transparent with her emotions, it's likely she won't reveal her relationship status — or who she's dating — in the near future. And if you think there are clues about Catherine's paramour on her Instagram account, think again. The reality star posts about three or four photos a month at most and the snaps feature her friends or family members. As I mentioned earlier, Catherine doesn't like to to share much about her love life.

The good news for curious fans, however, is Catherine's cast-mates are pretty skilled at digging up the truth about her personal life. Rest assured there's an excellent chance Catherine's boyfriend — or lack of a relationship, for that matter — will come to light on the next installment of Southern Charm: Savannah.