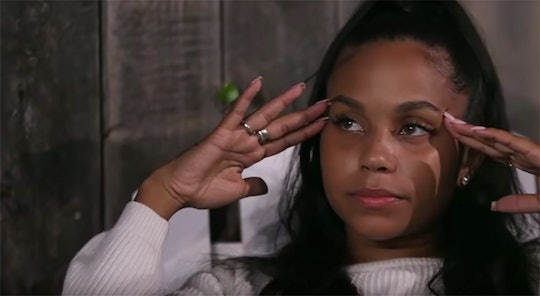 Cory Is Jealous Of Cheyenne's Ex-Boyfriend On 'Teen Mom OG'

When viewers first met Teen Mom OG star Cheyenne Floyd, her complicated love life quickly came into focus. Not only was Cheyenne struggling to assess her feelings for baby Ryder's father, Cory Wharton, but she was also juggling a new relationship with a guy named Zach. Making matters even more complicated? In a new episode of TMOG, Cheyenne's ex-boyfriend resurfaced, causing Cory to react in a fit of jealousy.

Cheyenne is pretty lucky in the guy department, despite the confusing nature of her relationships. Cory, for example, is a supportive friend and a great dad to Ryder. In fact, the dad-of-one makes his co-parenting relationship with Cheyenne a priority, telling Us Weekly: "It’s not just about me. It’s about my family, my daughter, Cheyenne’s family, who I represent."

Zach, who Cheyenne was dating at the start of the season, tried to put Ryder's needs first. Although he initially was cool with Cory and Cheyenne's close bond for the sake of their child, he later freaked out about the co-parents' joint trip to visit family in Michigan.

“Let’s not beat around the bush, let’s be real,” Zach told Cheyenne during a fight, according to Hollywood Life. “I feel like Cory is more of a priority than me. I just feel like the way you treat him versus you treat me, it’s not the same, there’s no comparison. It’s almost like you’re more so in a relationship with him."

After the two broke up, some fans wondered whether she and Cory would get back together given their obvious chemistry. But the parents got into a bit of a tiff after Cheyenne's unidentified ex showed up at "the club" where they were both partying at.

Although it was simply a coincidence, Cory got upset about Cheyenne potentially texting with this guy she dated before signing up for MTV's The Challenge. Cory also lamented the ex-boyfriend's "perfect beard" because there's nothing more infuriating than a guy who is skilled in the art of self-grooming, apparently. *Shrugs*

Given Cory's jealous reaction, one of Cheyenne's family member's reasoned, according to MTV: "Last night put something on his mind."

Cheyenne chimed in, adding that the two are "tiptoeing" around their romantic energy.

As for this ex-boyfriend's identity? It's not exactly clear who he is. The only things fans know is 1. he has a beard, and 2., he dated Cheyenne before her season of The Challenge aired in 2016.

At the end of the day, the identity of Cheyenne's ex probably doesn't matter given her complicated feelings for Cory.

“At what point do I separate that vs my feelings for him?” Cheyenne said to a friend, according to Us Weekly. “I don’t know what to do. I don’t know how to feel.”

Cory touched on his emotions for Cheyenne in an Instagram post featuring the co-parents with Ryder, writing: "Happy these two accept me for who I am." Aww.

It will be interesting to see whether this drama with an ex-boyfriend at the club will lead to Cheyenne and Cory finally making things official. Only time will tell.