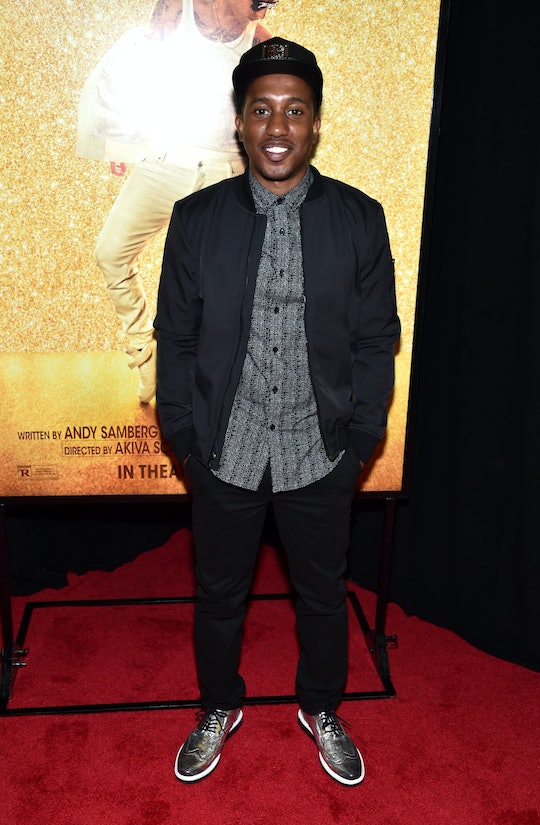 Chris Redd Is Heading To 'SNL,' So Get Ready For An Amazing Season

Saturday Night Live returns to NBC on Sept. 30 with the Season 43 premiere, hosted by Ryan Gosling with musical guest JAY-Z. And while it will be great to get our weekly dose of politically-charged skits back, it's important to note that the cast will be without three beloved alums this season, which means fans have three new featured players in the mix. Chris Redd, Heidi Gardner, and Luke Null are officially filling in the spots, so viewers may be wondering: who is Chris Redd on SNL? You may recognize him from his recent, hilarious stint on Netflix's new sitcom from Chuck Lorre, Disjointed.

The rookies replace Bobby Moynihan, who had previously been on the show for a total of nine seasons and now stars in his own CBS comedy called Me, Myself, and I, Vanessa Bayer, a fellow Emmy nominee alongside Kate McKinnon for her work last season, and Sasheer Zamata, one of the highest profile hires in recent memory as the first black woman to join the cast since Maya Rudolph left in 2007. But even though SNL is down one woman of color, Leslie Jones and the show's first Latina cast member Melissa Villaseñor remain, so you can expect to see them throughout Season 43.

Judd was like, 'Hey man, you're gonna move out here now, right?' And I told him all the reasons I didn't want to and then I sat back and I was thinking to myself, what is my next step, give me a sign — and no sign is bigger than Judd Apatow telling you, 'Hey, move your (butt) out here.'

Well, so much for the West Coast.

More recently, Redd appeared as a recurring character in the inaugural season of Netflix's Disjointed, a sitcom starring Kathy Bates as a renowned pot activist, lawyer, and dispensary owner living in California. He's part of the show's comedic duo Dank and Dabby (played by Betsy Sodaro), a stoner couple whose YouTube channel (and very high antics) are sponsored by the dispensary. It's a show whose side-hustles tend to be more compelling than the main event (like a veteran's sobering PTSD episodes depicted in vividly drawn animated sequences), and Dank and Dabby, who function as the story's clowns, are definitely one of the best parts. The series is still waiting to get picked up for a second season, though, according to Deadline, Redd will not be returning to the show either way since he's been released from any obligation in order to work on SNL.

In fact, Redd enjoyed a bunch of success on Netflix this year: he also appeared in two episodes of the Chicago-set romantic comedy Love (also from Apatow), two episodes of Wet Hot American Summer: Ten Years Later, and Handsome: A Netflix Mystery Movie. A native of Chicago by way of St. Louis who got his start as a rapper, Chris Redd came up through Second City doing sketch and improv, but he identifies primarily as a stand-up comic.

"I got better at improv and sketch quicker than I did standup," he admitted in an interview with SplitSider earlier this month. "I was kind of bad at standup for a while because I didn’t really know what I wanted to do. But now I know that I’m never going to quit."

He also got to perform a pretty successful Comedy Central Stand-Up Presents set, which aired just a couple of weeks before his SNL debut. With eight years of prep work under his belt, Redd looks poised to nail his first season on SNL.