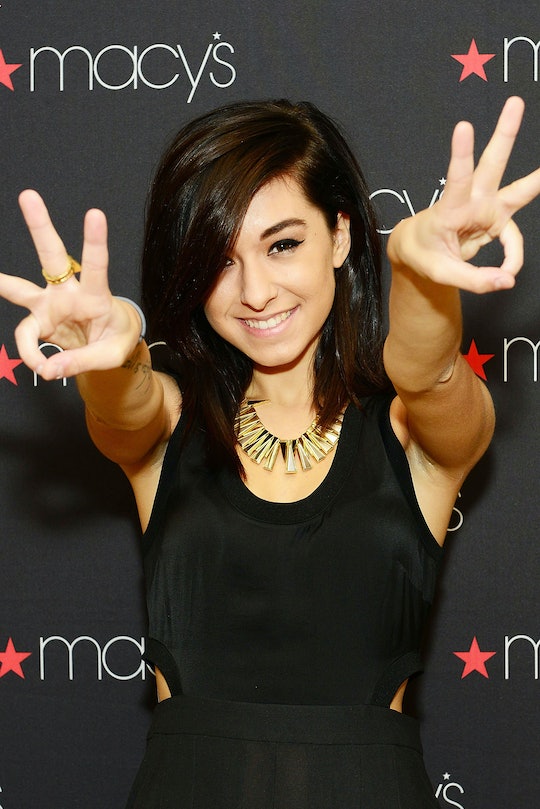 Who Is Christine Grimmie's Brother? Many Are Calling Him A Hero

The death of Christina Grimmie on Friday night was shocking news to many fans. After a concert in Orlando, Florida, an unidentified 21 year old man approached her and shot the star. According to reports, Christina Grimmie's brother Mark immediately tackled the man to the ground. The man shot himself after being brought to the ground. The Orlando Police, who are still in the early stages of the investigation, said that he gunman had traveled to Orlando from another Florida town with the sole intention of violence. He had two other small handguns on him, more ammo, and a knife on him. Given that it looks like he expected to need more ammo, Orlando police and fans have taken to calling Mark a hero for putting a stop to the violence.

Had he not taken the man down, the estimated 120 other people in the area could have been hurt. Police also said that, although the gunman shot himself after being tackled, it originally looked like he was planning on traveling back to his hometown that night. There's good reason to believe that Mark saved the day, even if he could not save his sister. Police tweeted that, "[Grimmie's] brother is a hero and possibly saved countless other lives. He is not injured." Other fans are lauding Mark for his bravery during the tragedy.

Mark has not made an official statement about the death of his sister, but he must be absolutely traumatized. According to his Instagram, they were pretty close and traveled often together. There are selfies of him with his sister and with him posing with a girlfriend. Like Christina, he seems to just enjoy the people in his life. Likewise, Christina called her brother out for being "the best" all the time. In a 2012 Facebook post she teased him about getting old. "Happy Birthday to the best brother in the world, MARK GRIMMIE!!!!!!!!!!!!!! :D:D:D:D:D <3 YUR 20," she wrote.

However sad the sudden death of his sister is, Mark was most definitely a hero and the great brother. Eye witnesses from the evening say that he sprung into action as soon as the first shots were fired.

Many fans are also worried about him in the wake of her death. One fan tweeted, "Thoughts and prayers for Christina Grimmie's brother. He's a hero for stopping the shooter but can't imagine the pain he is in right now."

It's tragic that despite his quick action in taking down the shooter that Mark couldn't do anything else to help his sister. But his instinct was to move, and given the little we know about the shooter, it seems like the scene would have been even more tragic if he hadn't stopped the gunman.