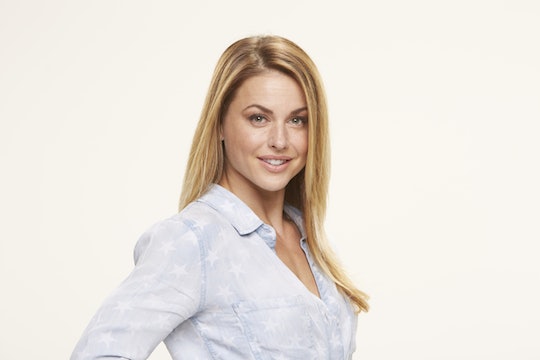 On the new season of Big Brother, there's a cast member that may be bringing some holiday cheer to the house. So who is Christmas Abbott from Big Brother 19? She's actually kind of famous, at least, in the fitness world. The Virginia native describes herself as a "fitness superstar" in her cast bio, and that's not an exaggeration.

Christmas has 420,000 followers on Instagram and 45,000 followers on Twitter. Her book The Badass Body Diet is a national bestseller and she now has a new book out, The Badass Life. She's a Cross Fit Games athlete and was the first female NASCAR Sprint Cup pit crew member as well as a two-time Iraq contractor, according to her bio. She also maintains a blog on her website and offers advice to people through her free webinar and consulting calls.

Christmas has also been featured on POPSUGAR, People, Shark Tank (with sponsor PRX Performance), Cosmopolitan, Sports Illustrated, Fitness Gurls, and STRONG magazine. She's an advocate for being strong in both body and mind and these are the qualities she'll probably use in the Big Brother house.

"[I'll] use my ability to read personalities and know what people need emotionally, so I can almost be a mentor," she said in her bio about her strategy for winning the game. "I will also stay under the radar as a threat or drama queen. The physical and mental games are the easy parts."

When asked about her favorite cast member, Christmas chose Helen Kim from Season 15. "She was smart, knew how to work the people in the house, and people knew they needed her," Abbott stated. And according to her bio, the most difficult thing about being the house will be the lack of privacy: "I actually enjoy a lot of alone time and I don't believe I will get that in the house."

Christmas definitely has what it takes to make it far in the Big Brother house. (Plus her unique name makes her automatically memorable.) The physical challenges will probably be no problem for her and she already has plenty of fans rooting for her on the outside. Typically, viewers get to assist the house guests in some way and Christmas already has a huge following behind her. If she is successful at flying under the radar, she could definitely win this thing. However, if another cast member knows just how famous she is, they could potentially ruin her game.

You can see how Christmas does when Big Brother 19 premieres on CBS at 8 p.m. ET on Wednesday, June 28.