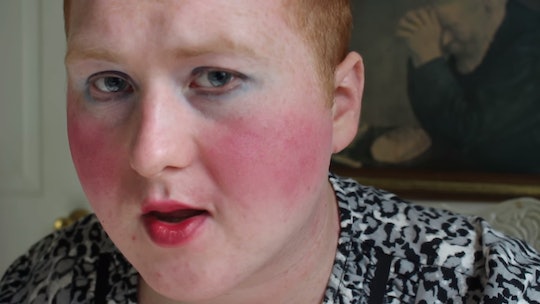 Who Is Claire Kittrell? The “Gingers Do Have Souls” YouTube Star Needs Support Now

In a moving 10-minute video on posted on Monday, Claire Kittrell, of "Gingers Do Have Souls" fame, came out as transgender. The video, posted under the handle CopperCab, is the viral video star's first post in months. In it, she reveals that she's been taking time off from posting as she undergoes hormone replacement therapy. This isn't her first hiatus, either, and now fans have an explanation for those long periods of silence during her six-year YouTube history. She said that she hated knowing that the person that her fans were watching "wasn't even me."

She started out timidly, explaining that she only has one friend in real life, and she was afraid to tell anyone who she really was. "You ever play, like, a Zelda game?" she asked the camera. "And you're fighting a boss? You know, when you find its weak spot, you attack it a lot." She said that she waited to come out because "I felt like a monster, and I felt like if I exposed my weak spot, everyone would attack me." It's heartbreaking to watch, but viewers can actually see the weight of her secret being lifted as she speaks. By the halfway point, she found her strength.

"I'm not gonna live another year of my life pretending to be someone else. I'm just not gonna do it. I don't care if you call me ugly, if you call me a tranny," she said, staring defiantly into the lens. "I'm gonna be myself whether you can accept that or not." She goes on to divulge what it felt like to hide all her life, and how she gained weight while filming her Reelz series, Hollywood Hillbillies, because she was suffering from depression caused by staying closeted. "I just felt like I was stuck again, you know? Stuck!" she exclaimed in a moment of frustration. Then, she assured viewers that she wasn't going to "blow up" as she'd been known to do in previous videos like "Gingers Do Have Souls." "I don't want to blow up; I want to be happy."

She said that Caitlyn Jenner's public transition gave her some courage, while acknowledging the rightful criticism Jenner's faced for being a poor role model for transgender people, due in part to her wealth and privilege. She also illustrated what it meant to her to start living as a woman. "I feel more naked wearing makeup than I did ever actually being naked. I feel like myself. I feel normal." Presenting as a man was the real mask, she said. "I'm always gonna feel like a woman. I am a woman." She said that she probably won't post to YouTube anymore, and she expects a lot of haters in the comments, but closes with a message of hope. "My name is Claire, and this is the beginning of my life. Wish me luck." She was right about the comments. Coming out as trans on YouTube, one of the most virulent bastions of hate speech on the internet, takes incredible bravery, and she needs to know that there are people out there who accept her, support her, and wish her all the luck in the world.