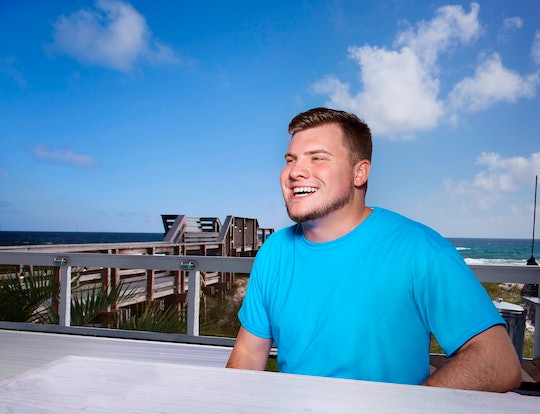 The shore is moving down south. Following the surprising success of Jersey Shore, MTV is bringing an all new reality show to its line-up called Floribama Shore. The show will follow eight young people, between the ages of 21 to 25, as they live together in a house in Panama City Beach. One of the house guests is Codi Butts, but who is Codi Butts from MTV's Floribama Shore?

Based on his cast bio, it looks like Codi is ready for a new adventure. Hailing from South Carolina, Codi was happy to leave his bartending job at "an old people's bar" to join the cast of Floribama Shore. However, Codi may find himself in trouble this summer as he can't seem to stop himself from getting involved with his other roommates' conflicts. Acting as both a caretaker and pot stirrer in the house, Codi will either bring the house together or tear it all apart.

Looking at his Instagram, it's clear Codi loves his castmates. Almost all his photos and videos feature some of his other roommates, and it looks like he'll build bonds with pretty much everyone. Although he doesn't have a big social media presence right now, it wouldn't be surprising if he suddenly got an increase of followers after the show's premiere.

From what's been shown in the trailers and clips of the series so far, it's obvious Codi's all about having a fun time and he seems like a funny guy. During an interview with Us Weekly, he said he's most excited for fans to see his "sexy butt in my speedo," on the show. He also revealed in a sneak peek that he's the "epitome of Southern" because when he goes out he likes to look good, and that includes making sure his collar is popped and his colors match. However, he also made it clear that he can "get down and get dirty," so it'll be interesting to see how that plays out over the course of the season.

Joining Codi in the house are Aimee, Candace, Gus, Jeremiah, Kirk, Kortni, and Nilsa, all of whom come from areas in the Southeast. Although Floribama Shore was created by Jersey Shore creator and executive producer, SallyAnn Salsano, the cast promises the show is very different from the original series. Whether or not that's really true remains to be seen, but the reviews of the show haven't been great thus far.

The Washington Post called the show "depressing" and accused MTV of trying to cling to "some unworthy aspect of its past" by trying to find the same success Jersey Shore had. While there may be some differences in the new series, viewers can apparently expect the same level of partying, hook-ups, drinking, and drama as the original. But if we're being completely honest, isn't that why people tune in in the first place?

Sure, Floribama Shore may not be doing groundbreaking work or discussing serious topics, but if the show makes me laugh and shake my head at the absurdity of it all, then I think it's done its job. So will Floribama Shore actually reach the height of success Jersey Shore did? It's hard to say for sure, but the only way to know if it's any good is to give it a watch.

You can meet the cast, see their epic house, and discover what kind of trouble they get into on their first night, when the two-episode series premiere airs tonight at 10 p.m. EST on MTV.