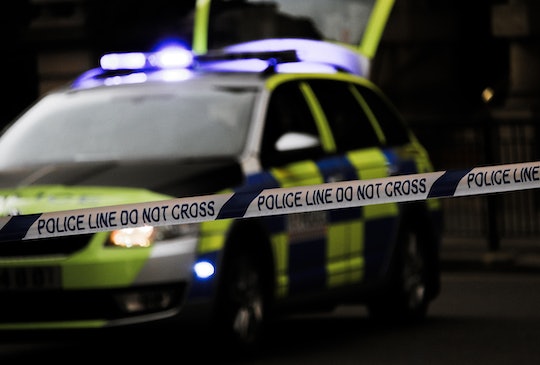 Who Is Collin Rose? The Wayne State Police Officer Was Killed During A Routine Stop

Five police officers have died in the past week in the United States. This fact is incredibly sad and sobering — after all, no innocent person should ever have to lose their life at the hands of someone else. Unfortunately, in Michigan, another officer has passed away following a shooting — and if people are wondering tonight who the officer in question, Collin Rose, is, they'll likely learn his name and face, along with the others, soon enough.

Collin Rose was only 29 years old and had a bright future ahead of him, according to CNN. He left a whole life behind him when a random individual shot and killed him while he was on duty Tuesday evening. Rose was a K-9 police officer at Wayne State University, a public university located in Detroit. On Tuesday night, Rose was reportedly patrolling a neighborhood off campus and stopped to investigate a man on a bicycle, according to The Detroit Free Press. The man then shot Rose for reasons still unclear to police.

Rose subsequently underwent surgery at a nearby hospital and remained on life support Tuesday night. He died on Wednesday.

Rose had been with the police force for five years, and aside from being a young veteran on the police force, Rose was set to accomplish even greater things. According to CNN, Rose was engaged to be married in October of next year and was just one credit away from obtaining a master's degree in police administration from Wayne State University — the same university where he was working as a police officer. Rose was also "a real member of the community" who reached out to kids and did a lot of community service, according to The Detroit Free Press, and was actively involved in "organizing memorials for other slain police officers in the area."

Tonight, Wayne University is mourning not only the loss of one of its police officers but also a dear colleague and student. In a statement from Wayne University's president, M. Roy Wilson noted,

This tragedy is felt by all of us — Collin and his family and friends, his fiancée, and our campus and community. Please keep Collin and his fiancée in your thoughts and prayers. Collin served Wayne State with distinction, and we owe those he left behind our deepest sympathies and our strong support.

Authorities have stated that a suspect in the shooting has been arrested — and according to The Chicago Tribune, authorities do not believe that Rose was ambushed, but was rather the victim of a senseless random crime. "I don't believe it was an ambush," Wayne State Police Chief Anthony Holt said in a press conference held Wednesday. "I don't believe he was specifically targeted."

This Thanksgiving is going to be especially hard on Rose's friends and family, as they spend their Thanksgiving without their loved one. Rose was more than another slain police officer — to his friends, family, and the community he protected he was a hero.