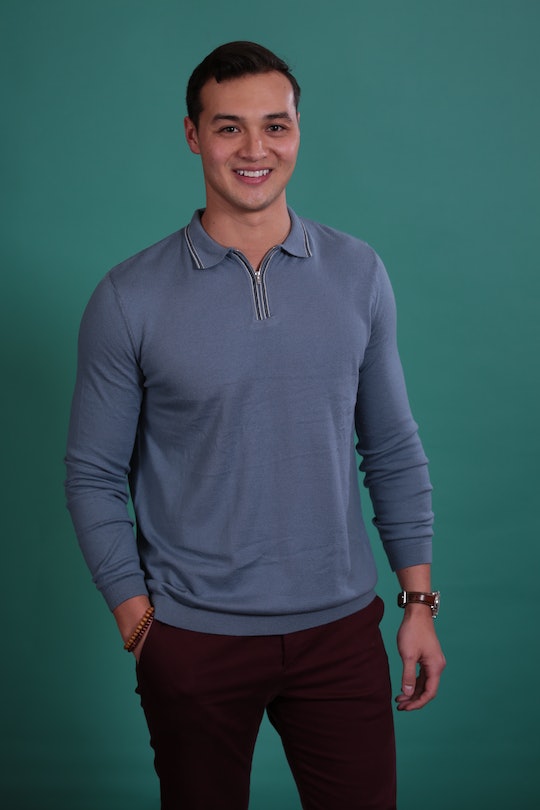 Will Connor J. Be A Nice Guy To Finish First On 'The Bachelorette'?

It doesn't matter if you were among those rooting for Hannah B. to take the Bachelorette crown or not. She's it; the real deal. And her journey officially begins now. With so many potential love interests to choose from — 30 men, to be exact — how can the former Miss Alabama USA find Mr. Right? One lovesick suitor will try to do just that, and I know you want to know who all of these dudes are. Like, who is Connor J. on The Bachelorette and why is his picture so dark and unflattering?

I don't have an answer for the second question, but according to Pop Sugar, Connor J. is Hannah B's 28-year-old Newport Beach, California contestant. And actually, it's Connor Loo Jenkins, so pardon you for oversimplifying him to Connor J., Bachelor Nation. As his doting mom, WGN reporter, Nancy Loo, stated in her public Facebook post, "Yes, this is my son who was just announced as a cast member in The Bachelorette." She continued with, "It’s surreal and my husband and I are still processing it all. But we are excited for his journey and hope you’ll express your support however you can." Her final note to him was "don't be stupid," and if that's not a totally boss Mom move, I don't know what is.

Connor J.'s Instagram and Twitter are both private (boo), but his bio says he was born in NYC and raised in Chicago, with one of those inspirational "live a life you will remember" phrases. Classic Connor J. It also says he's a travel junkie and "ENFP." A brief search for "ENFP" shows he's into the Myers-Briggs Type Indicator, which refers to one of sixteen personality types. It looks like Connor J. classifies as Extroversion, Introversion, Feeling, and Perception, whatever all that means. Maybe Hannah B. will have some insight and they'll be a perfect match.

A basic search of the interwebs led me to LinkedIn where — voila! — I found about as much as Hannah B. needs to know to determine whether Connor J. is "the one" or "the one of many." It looks like Connor attended the University of Missouri-Columbia where he earned a Bachelor of Arts, Business Administration, and International Studies as well as participated in various other activities including his Delta Upsilon Fraternity, the Vasey Academy, and French club. Wow. If you're wondering what Connor J. does to earn a living, he's been the District Sales Manager for Lexus for over six years. So, commitment shouldn't be an issue, right?

I don't need to prep you on all things Hannah B., or why this season of The Bachelorette will be "the most dramatic season ever," because her reputation precedes her. "Hannah Beast," as she's known to her fanbase has more southern charm in her pinky than the entire South combined (probably). In case you don't remember, Hannah B. competed for former NFL player Colton's heart. She said those three little words (I love you) and he sent her packing. Seems fair.

Season 15 of the female-led franchise premieres with the typical driveway entrance in front of the Bachelor mansion, but this time around, there's a kicker. "Hannah’s Angels" — aka Demi Burnett and Katie Morton from the 23rd season of The Bachelor — will run surveillance from a van nearby in order to warn their girl of someone shady. Not too sure how this will go, but the shenanigans sound ridiculous enough to tune in. At the end of night one, Hannah will drop down to 22 available men. Will Connor J. be one of them?

Hannah B. is a woman on a mission. She knows what she wants and how she wants it. If Connor J. is the real deal, she'll know. If not, the drama's always a bonus for tuning in.