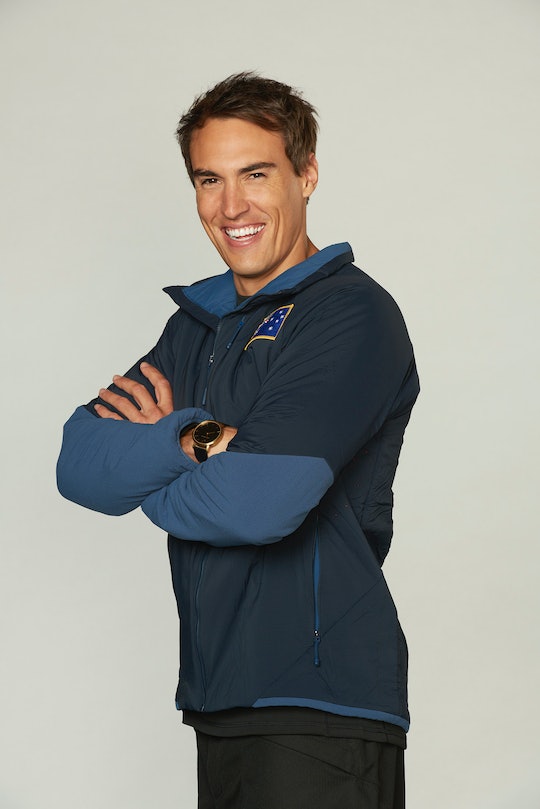 Courtney May Be The Bad Boy On 'The Bachelor Winter Games'

Welcome to 2018, where Bachelor Nation can not only watch contestants duke it out for the lead's heart, but they can watch them try to play sports, too! The Bachelor Winter Games are about to begin and they feature international contestants, like Courtney Dober, who may immediately grab your attention. So who is Courtney from The Bachelorette Australia? Now, I'm way behind on the times because I wasn't aware of so many international Bachelor franchises, let alone in Australia where the accents alone could keep me watching every week, along with the drama. Thankfully, I don't have to scour the internet for episodes as Courtney will now be stateside.

This former contestant was on Season 2 of The Bachelorette Australia, which aired back in 2016. The lead was Georgia Love (perfect last name for this show), a then-27-year-old journalist from Melbourne. Courtney is now 31-years-old from Sydney and is an actor and model. (Nice to know the classic Bachelor occupations are the same down under.) He's also something called an "industrial designer." Courtney finished in fourth place during his time on Bachelorette Australia. In an interview Georgia gave to PopSugar afterwards about Courtney she said, "My mind was all over the place with Courtney for weeks and weeks, and it really came to a head that week on home towns."

Apparently Georgia was afraid Courtney wasn't interested in her, and said it even showed on camera. "It's been almost a bit embarrassing for me to watch," she continued to PopSugar at the time. "When I was in it, I wasn't seeing all of those behind-the-scenes moments of him with the guys — even him reacting to getting a date card and acting like he didn't want it." Ouch! What did Courtney himself have to say? In a separate interview with the outlet, he said he wasn't in love with her but was disappointed by the elimination. He said if he and Georgia met in the "real world," they may have had a better chance.

From looking at online reception of Courtney at the time, it's pretty mixed. There were some "Team Courtney" takes, but they had to defend themselves. He seemed to sulk and be maybe too honest with Georgia about his feelings (aka that he didn't love her), which made viewers torn on him. What's more, Courtney said he was on The Bachelorette to "make friends," which is interesting because most people who go on these shows are certainly not there to make friends. So perhaps he was... there for the wrong reasons. Making friends may be the perfect reason to go on The Bachelor Winter Games, though. It seems like a Bachelor in Paradise on Ice and Also With Games kinda show, so it may fare better not to go in looking for love.

There's also a possibility that Courtney has changed since being on the show, and is more open to finding love. Courtney said that The Bachelorette did change him, but not in a good way. "It was such an emotional rollercoaster, towards the end I was getting these bouts of anxiety and stuff that I’ve never, ever felt before and I just wasn’t myself," he said in an interview with Mama Mia. "I thought, 'f*ck, what am I doing? This is painful.'" Well, I hope Courtney doesn't get these same feelings on Winter Games, but seeing as it's a wildly different show, I have a feeling that won't be the case.

I'm excited to see how he holds up against not only American Bachelor/ette contestants, but with other international participants as well. Who knows, maybe he'll find love or an affinity for cold weather — I doubt it, but Bachelor Nation will find out soon.