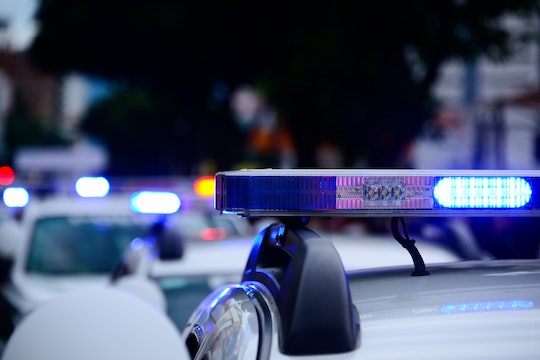 Who Is Daniel Kevin Harris? The Deaf Man Shot By Police Has Sparked A Major Debate

In North Carolina, a traffic violation led to a fatality at the hands of local trooper. Daniel Kevin Harris, the man killed, was shot after "an encounter," according to a statement released by the North Carolina Bureau of Investigation. Who is Daniel Kevin Harris? The deaf man who was shot and killed by police last Thursday has sparked another major debate about police brutality and use of force procedures.

According to NBC News, 29-year-old Harris was speeding when police attempted to pull him over. This led to a high-speed chase, not far from Harris' home. Harris exited his car, causing the aforementioned "encounter" that resulted in state trooper Jermaine Saunders shooting and killing Harris, who then died at the scene. Neighbors who were present at the scene told local station WCNC that Harris' car reportedly "spun out of control" and that Harris "was shot almost immediately after exiting the vehicle." Neighbors speculated that Harris was attempting to communicate with officers via sign language before he was killed "just a few feet from his front door." The North Carolina State Highway Patrol office did not immediately return a request for comment.

The statement released by the NCBI does not identify Harris as deaf, nor does it distinguish whether Saunders was aware of his hearing and speech impairments or not. According to WCCB Charlotte, Saunders said that "he shot Harris because he was advancing and not following commands." He has since been put on administrative leave. Harris was a father to a 4-year-old boy. His brother, parents, as well as "several other family members" are deaf as well.

In an interview with WWCB Charlotte, Harris' also deaf brother Jay Harris spoke through a sign language interpreter, emphasizing that his brother "was unarmed" and "is a deaf individual," saying "I think that he was just afraid." As for Harris not responding to Trooper Saunders commands, Harris "could not hear their warnings. He could not hear their commands to stop or to stay away from them."

Jay Harris and his family are working to reform the current DMV system so that license plates can properly inform officers that a person is deaf before they pull them over. Harris is working to ensure that his brother's death brings reform to a flawed system, saying:

Daniel’s death represents that he is a hero in our deaf community. He will raise awareness on this issue so that we can prevent this from happening to other deaf people in our community.

Daniel Kevin Harris' family is asking for donations to put towards funeral and cremation costs. Their statement expresses: "[Harris] tragic death could have been prevented. Police brutality ends NOW."