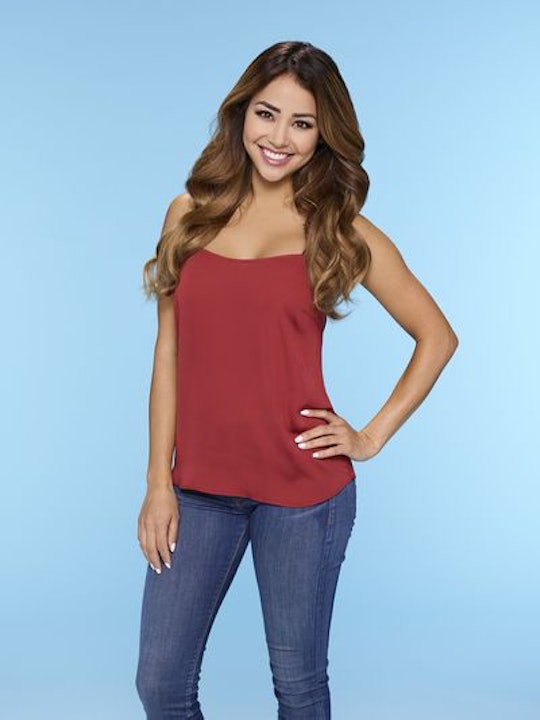 Danielle L. Has An Impressive Background

As the weeks pass on The Bachelor Season 21, the audience is really getting to know the women who are competing for Nick Viall's heart. Danielle L. made an immediate impression during the premiere, and she and Nick have only gotten closer over the course of the season. She excelled during a group date that involved acting as backup dancers to the Backstreet Boys, earning both the group date rose and a solo sway with Nick, as well as some smooching, while the beloved boy band serenaded them. But when she isn't taking Nick for a spin, what does Danielle do with her time? Who is Danielle L. from The Bachelor?

27-year-old Danielle Lombard currently lives in Los Angeles and is a small business owner. She was just 23 when she opened her first business and now she has a nail salon, called the Champagne Nail Lounge, in addition to co-founding an ice cream shop called Crafts Creamery. Danielle also worked as a brand ambassador and model coordinator for Prestigious Models. Her LinkedIn makes it clear that she has a lot of branding and marketing experience under her belt, which is sure to be helpful when it comes to maintaining her various businesses. If there's a real businesswoman amongst the contestants this year, it's Danielle L.

In addition to her business ventures, it seems like Danielle also worked as a model for Prestigious Models. In an interview with Hidden Treasures Magazine, Danielle shared her opinions on dating and also gave a little more insight into her modeling career. She's a licensed cosmetologist, which led to her getting involved in salons as a hairdresser first before moving on to owning her own nail salon. "I like to think that my experience in the hair and make-up industry has taught me what to expect on both sides of the camera," she said.

She also revealed that she's originally from Northern California, referring to herself as "a Bay Area girl and proud of it." She was born in San Jose, but grew up in San Francisco, specifically the East Bay. She also describes herself as a "self-motivator," saying, "It's more about proving to me that I can accomplish whatever goal I set for myself. My grandfather always told me to work for the things I want in life, and I plan on doing exactly that!"

With the list of accomplishments she has under her belt, it definitely seems like Danielle is true to her word and may be just the person Nick has been looking for. Only time will tell.