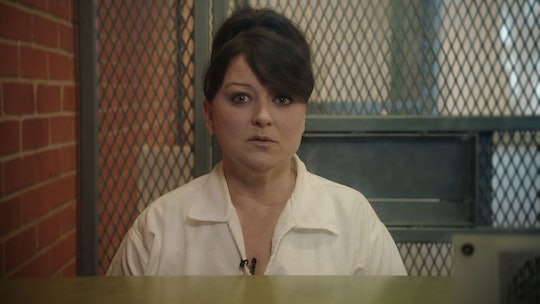 On How to Get Away with Murder, Viola Davis stars as criminal defense attorney Annalise Keating. Now Davis is bringing the fight for justice out into the real word. She has executive produced a new 7-part documentary series called The Last Defense, which will reexamine the cases of death row inmates. The first one up is Darlie Routier, but who is Darlie Routier and why is she on death row?

In 1997, Routier was convicted of the murder of one of her two children who were found slain in her Texas home. On the night of the murder, Routier called 911 yelling, "They just stabbed me and my children," InTouch previously reported. When first responders arrived on the scene, Routier was holding a towel to a stab wound on her neck. They then found Routier's son, Devon, dead and her other son, Damon, dying. Both boys sustained deep stab wounds to the chest. Routier has maintained her innocence since long before being convicted.

Routier claimed she had woken up to find a man on top of her, but the police were suspicious. "There were these inconsistencies with her story and physical evidence," Lt. David Nabors, head of the Rowlett Police Department's Criminal Invesitgations Division, told the Rowlett Lakeshort Times in 2016.

Second, both Damon and Devon's blood were found on Routier's shirt, which indicated to investigators that she was holding the knife. There was also none of her blood on the couch where Routier claimed she was attacked. Additionally, according to Routier, she chased her attacker out of the house, but the blood stains on the floor were passive, not indicative of any fast action like running or chasing. Instead, Lt. Nabors said, the blood drops showed Routier was walking through the scene. Investigators also found the kitchen sink was used in a cleanup, with traces of blood in and around the sink.

Lastly, Routier's husband, Darin, claimed his wife was a light sleeper, which also contradicts her version of events. "One of the problems we had was, one of the children was at the foot of the couch where she was sleeping," Nabors said. "The other one was perpendicular to that within three feet of her, but somebody came in the house stabbed both children and then attacked her but she slept through it."

Even so, Darin, who was sleeping upstairs at the time of the murders with the couple's third child, an 8-month-old son, has stood by his wife all these years, insisting that she is innocent. "It's not too late, because Darlie's not dead," he told The Inquirer.

Still, though the investigators did look at other leads, everything kept pointing to Routier as the prime suspect. She was ultimately charged and convicted of capital murder for the death of Damon, and she was sentenced to death by lethal injection. Routier is currently still on death row in Gatesville, TX, awaiting further DNA testing as part of an appeal.

The first four episodes of The Last Defense will take a closer look at Routier's case, tracing the path that led to Routier ending up on death row. The final three episodes will focus on Julius Jones, another convicted murderer who maintains his innocence and is also currently on death row. You can learn more about Routier's case when The Last Defense premieres on Tuesday night at 10 p.m. EST on ABC.