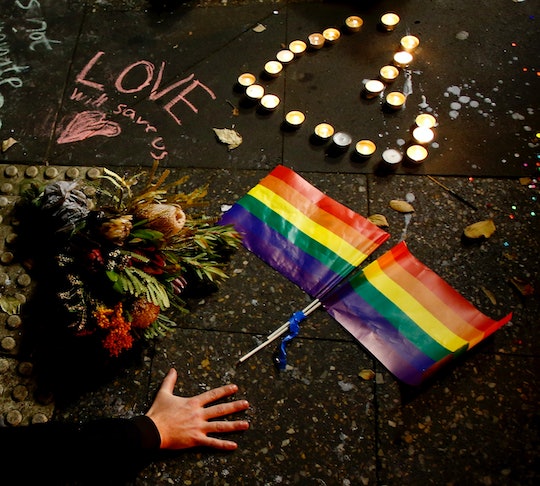 They were a nursing student, an accountant who texted his mother while trapped inside the bathroom with a gunman during the final moments of his life, and a "kind but sassy" pharmacy technician who posted a Snapchat video of himself singing and laughing as he headed into Pulse, a gay nightclub in Orlando. Early Sunday, though, the club became the site of the deadliest mass shooting in U.S. history when a gunman entered and killed 49 people just after last call. As we begin to process the devastation and the magnitude of the shooting, authorities are beginning to release the names of the dead, and they deserve to be honored one by one. So, who is Deonka Deidra Drayton?

In addition to the 49 killed, the killer wounded 53 people and orchestrated a hostage situation inside the club, which was celebrating Latin Night before the gunman entered with the assault rifle he'd purchased days before. After a three-hour standoff, authorities forced entry into the club around 5 a.m., rescuing survivors and killing the gunman, who was later identified as Omar Mateen. With the massive casualty count, an unidentified police officer told The Guardian that it would take several more days to identify all the victims of the shooting.

Authorities have not released much information about Orlando shooting victim Deonka Deidre Drayton, who was 32. While we know that the gunman, 29-year-old American-born Mateen pledged his allegiance to the terrorist group ISIS via 911 call during his attack, we do not yet know the details about Drayton's life that will humanize her, show the world who loved her, and how her community will be forever changed now that she was horrifically taken from it. What we do know is that the gunman legally purchased the firearms he used to kill Drayton and many others even though he had been on the FBI's radar for years.

We know that Pulse was an oasis for the LGBT community, focused not only on dancing and fun but also LGBT education events, and that the gunman was reportedly angered when he saw two men kissing in Miami. It's very likely he targeted Pulse specifically because of its clientele. We don't yet know how Drayton fits into that narrative, whether she was at the club with friends or maybe a date, or what her favorite drink may have been.

It's clear, though, that many want to remember the victims rather than the gunman who caused so much anguish. Using hashtags like #SayTheirNames, #PrayForOrlando, and #PulseShooting, social media users are doing what they can to immortalize those who have died.

President Obama is dedicated to elevating the victims above the gunman as well. In a speech following the attack Sunday, he did not refer to the killer by name, but instead focused on those who went to a club on a Saturday night and will never go home:

In the coming hours and days, we’ll learn about the victims of this tragedy. Their names. Their faces. Who they were. The joy that they brought to families and to friends, and the difference that they made in this world. Say a prayer for them and say a prayer for their families—that God give them the strength to bear the unbearable. And that He give us all the strength to be there for them, and the strength and courage to change. We need to demonstrate that we are defined more—as a country—by the way they lived their lives than by the hate of the man who took them from us.

Soon, we will learn the names of and get some information about the backgrounds of each of the victims, as well as learn the stories of some of the survivors, including those who were wounded. It will be heartbreaking, and it will not bring back those who are gone. When and if Pulse reopens, patrons there as well as those of us around the nation and the world will celebrate or toast to Deonka Deidra Drayton and all the others who died, and many will vow to not let the tragedy be buried without real reform.