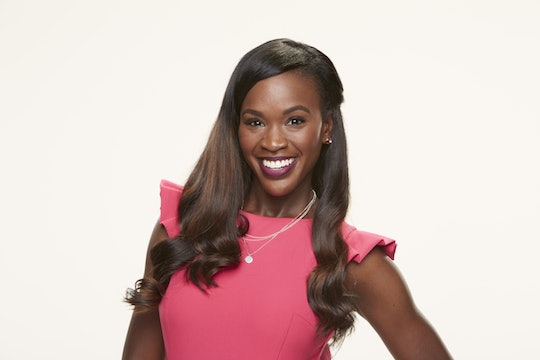 'BB19's Dominique Cooper Is Bringing Her A Game

Get ready for a whole new season of competitions, twists, and houseguests. Big Brother 19 is almost here and it's time to get to know the newbies that will be moving in. So who is Dominique Cooper from Big Brother 19? She's a government nuclear engineer.

The 30-year-old is originally from Tuskegee, Alabama, but currently lives in Woodbridge, Virginia. According to her Big Brother 19 bio, she sees herself as being "uber-optimistic, energetic, and determined." She loves food and enjoys trying out different restaurants, attending happy hours, running, creative writing, speaking, and "reading as many books as my attention span will allow." Dominique's biggest concern about living in the house is having to relive her college days by sharing a bathroom with several people. She doesn't have a favorite Big Brother cast member, though she did say in her "Meet the Cast" interview that she's a big fan of the show. Maybe she's even a super fan.

Dominique's strategy right now is just to be friendly and "maintain integrity." She'll always be watchful and observant, taking "mental notes about everyone." She'll also try to stay neutral for as long as possible. This will probably prove to be difficult, especially once alliances form.

If she could, she'd bring her bible, haircare/skincare essentials, and a journal with pictures of her family and friends into the house. She's also notes that her hair and skin "means nearly everything to me." Good luck making it through those physical competitions with your hair and skin unscathed, Dominique!

Some fun facts about the houseguest is that she has a "fantastic sense of humor," isn't afraid to tell the truth or shy away from controversy, she can read people well, and she's a "seasonal fitness freak."

During her interview, Dominique titled herself "Dominique the Dominator," so you can probably expect that to be her hashtag throughout the season. She also mentioned that her biggest weakness is probably that she doesn't have a poker face. Hopefully, Dominique will be able to keep her secrets close to her chest in the house, without ruining her own game. That being said, she is confident that she'll be a well-rounded player, using her physical and mental strength as well as her social game to claim victory.

You can meet Dominique, along with the rest of the Big Brother 19 cast, when the new season premieres on CBS at 8 p.m. ET this Wednesday, June 28.