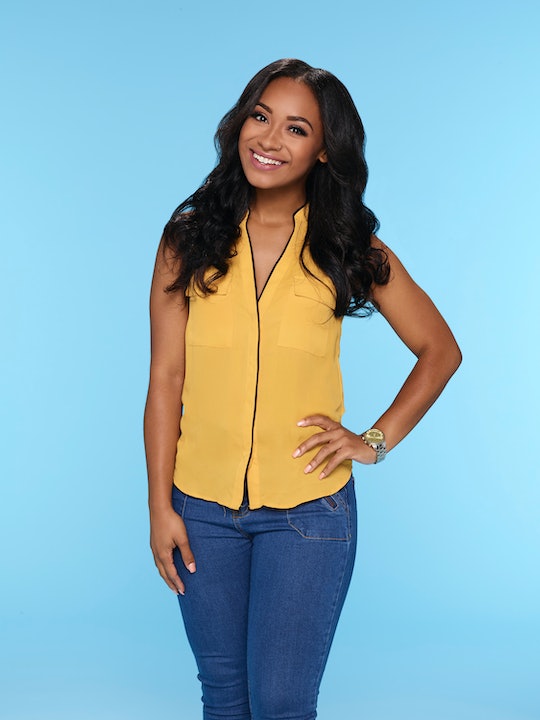 Dominique Is Heading To 'Bachelor In Paradise'

Bachelor Nation is like "Ohana": no one is left behind or forgotten. Even if contestants are eliminated early on during The Bachelor or Bachelorette, there's still a chance they'll show up again on Bachelor in Paradise (and if not, well, there's always Instagram). One such contestant that didn't get a lot of airtime during Nick's season is Dominique. She unfortunately didn't last long on The Bachelor, but now she's going to Mexico to try to find love there. So who is Dominique on Bachelor in Paradise? Not only does she join the cast, but she's been live tweeting with the rest of Bachelor Nation so far.

According to her ABC bio from The Bachelor, Dominique Alexis was a then-25-year-old restaurant server when she went on Nick's season. It seems that a lot of her personality didn't make it to the show, because her responses to the questions are actually top-notch. For example, when asked about having lunch with any three people (living or dead) she said, "My grandfather, Leonardo DiCaprio and Jesus — and we'd be eating burritos from Chipotle." She would also be Olivia Pope if she had to be any fictional character (same). Despite her jovial outlook, she didn't last too long in the mansion and was sent home in Week 3.

During the alleged sexual assault scandal earlier this summer, Dominique made headlines for defending the Paradise producers. In an interview with The Tomorrow Show, she said that the contestants on the show had "girl code" with each other and watched out if they were getting too drunk. She also refused to blame the producers, saying, "They look out for us as much as possible. Like, you know, they are responsible for us at the end of the day." She continued, "You know, we are in there, under their supervision I guess, so to speak."

From the start of this season, Dominique's been live tweeting and giving fans her insight on what's going on. She'll probably continue once she's on the show; it'll be interesting to read her takes after watching herself up on the television screen. Observing her bubbly personality online, I hope that that comes out more on Paradise, especially because she wasn't shown much during Nick's season of The Bachelor. Who knows, she may end up engaged by the end of the show. Anything can happen in Paradise, after all!