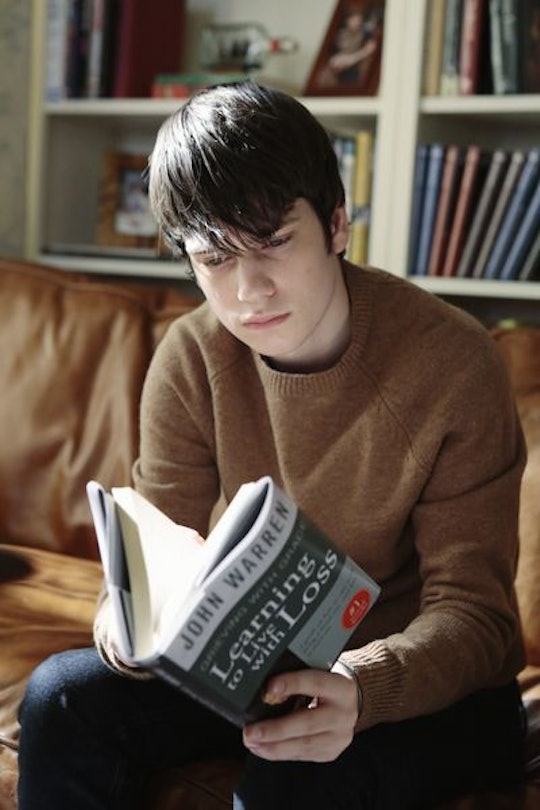 Who Is Doug On 'The Family'? The Mystery Man Is Hiding Something

He might not have been behind the most recent kidnapping, but I don't think Doug is completely innocent on The Family. In previous episodes, it has been teased that Doug (known as the man with holes on his face) was somehow involved with Adam's disappearance. Not only am I suspicious of him, but his wife is beginning to become suspicious of him too after he was shady during their baby shower. We still don't know what Doug is capable of on The Family, but we have quite a few reasons to believe he is involved, somehow, in the kidnapping of Adam 10 years ago.

Up until this point, we had every reason to believe that Doug was somehow involved in Adam's disappearance. We know that he's connected to the oil company, owned the truck suspected in transporting food to Adam's captivity site, and he's just really damn shady. Whether he is a huge red herring or an actual suspect remains unknown, but Sunday's episode made him seem a bit more suspicious.

There was another kidnapping on Sunday's The Family, and although it looked just like Adam's, it wasn't related. The episode made it seem as if Doug was involved in the young boy's disappearance. When he left his house, he told his pregnant wife to not go into the garage — a huge red flag, although it was later revealed that he was building a crib in there that he wanted to surprise her with. Still, just because he's a master carpenter doesn't mean he's not involved with Adam Warren.

As of now, Doug is not related to the case at all. Unless the show is trying to throw us off completely by introducing a character completely unrelated, I'd say Doug had something to do with Adam's disappearance. He sold his truck just in time for the cops to not trace it to him, he works for a company that the suspect is supposedly connected with, and he physically fits the suspect profile. Now, we'll just have to wait and see how Doug fits into all of this and what he's really hiding in that garage.