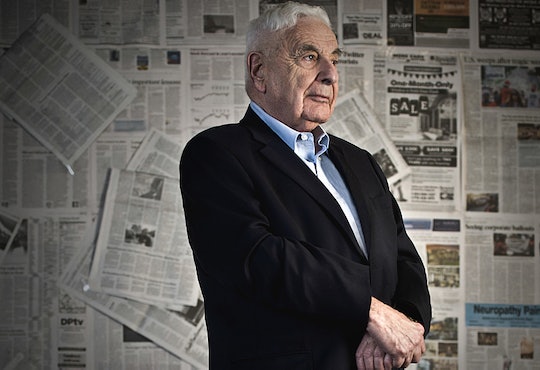 Who Is Dr. Werner Spitz? 'The Case Of: JonBenet Ramsey' Star Has An Impressive Resume

CBS's new docu-series The Case of JonBenét Ramsey will premiere just shy of the 20th anniversary of the little girl's death, and hopes to provide some long-awaited answers to the decades old cold-case. The series will follow a crack team of investigators and scientists as they re-examine every piece of evidence to try and get to the bottom of this case. One of these scientists, a world-renowned forensic pathologist, is deserving of a docu-series of his own. Who is Dr. Werner Spitz on The Case Of: JonBenét Ramsey? Well, if you die mysteriously, this is the guy you want doing the autopsy.

Dr. Spitz has worked or consulted on the biggest criminal cases in American history in the 20th and 21st century. These include John F. Kennedy, Martin Luther King Jr., O.J. Simpson, and Caylee Anthony, to name a few. Basically, all of those burning questions you have about the most famous murders in the past 60 odd years, Dr. Spitz has the answers. He helped determine that a single shot fired by James Earl Ray killed Martin Luther King Jr., and reviewed the autopsy that was performed on John F. Kennedy, calling the autopsy "botched" but ultimately agreeing that he was killed by Lee Harvey Oswald.

Spitz was born in Germany in 1926, before his family relocated to Israel as antisemitism mounted in Europe. He received his medical doctorate from the Hebrew University in Jerusalem at the age of 27, and moved to the United States in 1959.

In the preview for the docu-series, Spitz is seen telling investigators "When you break into a house, isn't time of the essence?" This statement seemingly calls into question the "intruder" theory of the case, that JonBenét was killed by an intruder or the "foreign faction" mentioned in the highly contested ransom note.

When he's not consulting on the highest profile cases in the country, Spitz resides in St. Clair Shores, Michigan. His son, Daniel Spitz is the head of the Medical Examiner's office in Macomb County, and Spitz is a professor of pathology at Wayne State University in Detroit, Michigan, definitely a class I'd like to audit. He is also the author of Spitz and Fisher's Medicolegal Investigation of Death: Guidelines for the Application of Pathology to Crime Investigation otherwise known as the "bible of forensic pathology." So like I said, he's got a resume to rival many.