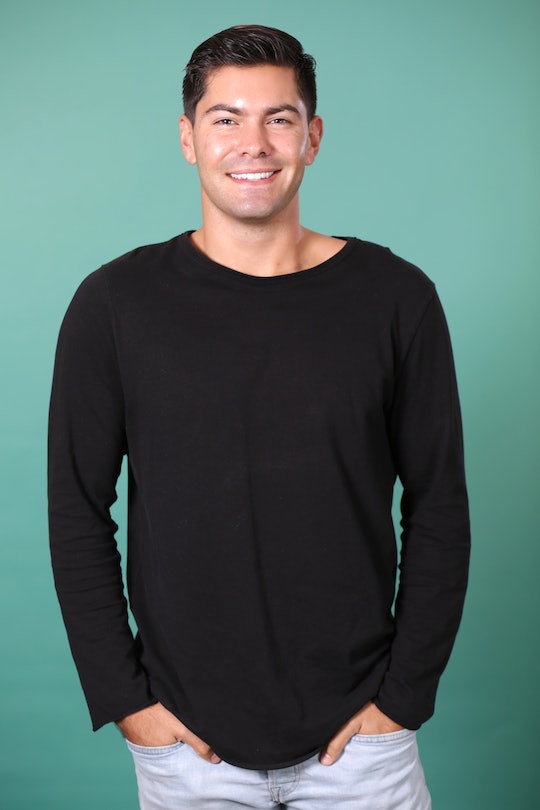 Whether you were an insta-fan of Hannah B. — aka "Hannah Beast" or "Alabama Hannah" — from the start or you're just warming up to her as the newest Bachelorette, she's about to take you on the journey of a lifetime (well, of a season). As you know, the premiere begins with 30-ish contestants looking for love. By the end of the night, the chosen one will narrow the contestants down to 20-ish people. With so many studs to choose from, who is Dylan on The Bachelorette — and why should you care?

Dylan is a man with many layers. His ABC bio states, "the majority of his friends are female," which could mean he's sensitive, a good listener, and compassionate. He's a basketball fan who enjoys scuba diving, driving his boat, and cooking (I'm free for dinner, thanks). The cutie also has a couple of sentimental tattoos including a palm tree on his ankle and a heart with roses on his chest for his mom and dad.

As if that's not enough to cut in front of Hannah B. for a chance with this one,

If you're looking for Dylan's professional accomplishment, his LinkedIn page says he graduated from Williams College with a Bachelor's in English Language and Literature, and a Minor in Leadership Studies. The San Diego native keeps busy, especially since he's also the Cofounder and COO at Vizer, a fitness app company that incentivizes users by exchanging workouts for donating food to those in need.

However, it looks like Dylan has a private Instagram page (boo), and his Twitter account only has 14 Tweets, so he's a man who prefers to keep his social media presence semi-thin. Maybe that's a sign he's there for the right reasons and not just to get ahead.

As far as former Miss Alabama USA, Hannah is a woman who knows what she wants, and deserves. After all that happened during Season 23 of The Bachelor (it was a lot), you'd think Hannah would prefer to curl up under the covers and never appear on national TV again. Between the war of words with Caelynn and Colton sending her home after she met his parents and said "I love you," no one would have blamed her for hiding. Instead, she's standing tall, determined to find the one who will "choose her every single day." Isn't that what every woman deserves?

There were a lot of good candidates for Season 15 of The Bachelorette, but Bachelor Nation decided Hannah and all her awkwardness should get the chance for redemption. With so many eligible men competing for her heart, hopefully she'll find her one true love (or something) to put a ring on it. At the very least, Bachelor in Paradise has been renewed for another season so, there's always that.

Out of all the potential suitors for Hannah, Dylan seems like a good candidate. An entrepreneur, a tattoo for Mom and Dad, and a smile for days? Surely he's not hiding some dark, disturbing secret that might ruin his chances, right? With this show, I wouldn't count anything out. But with any luck, Hannah will peel back Dylan's layers to see if he's the real deal, or not. And please, girl — ask about that palm tree tattoo for all of us in Bachelor Nation.