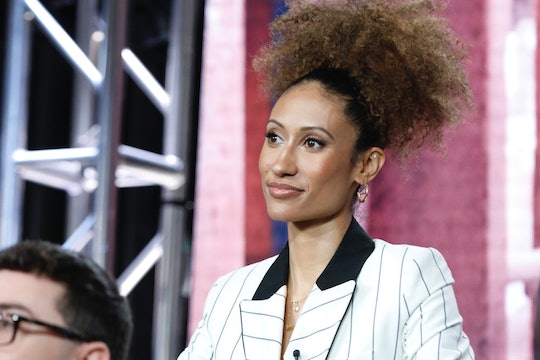 Elaine Welteroth Is A Fashion & Beauty Revolutionary On 'Project Runway'

Project Runway is finally back, and fans can wait to dive into what looks like an exciting new season. Karlie Kloss is set to host, and judges Christian Siriano, Brandon Maxwell, and Nina Garcia are returning as judges. But there is one fresh face on the judge’s panel that fans want to know more about. So who is Elaine Welteroth on Project Runway and what’s her connection to the fashion world?

Welterworth is a beauty writer who started her career as a Beauty and Style Editor at Ebony Magazine. In an interview with The New York Times, Welteroth revealed that she was hired by Condé Nast, where she worked as a an editor for both Glamour and Teen Vogue before becoming the latter’s editor-in-chief. With this position, Welteroth became the second African-American editor-in-chief of the company, as well as the youngest person in Condé Nast’s history to hold that title.

According to The New York Times report, Welteroth can be credited for Teen Vogue’s 2016 rebranding, which turned the magazine into a cultural and political voice for younger people. When interviewed by The Daily Show in 2017, Welteroth said she wanted to bring young women into the social and cultural debates of the time. “I would say that Teen Vogue has as much right to be at the table,” she said. “Talking about politics as every young woman does in America right now.”

Now that Welteroth has joined the Project Runway family, she’ll likely be bringing some of her culture and fashion insight to the judge’s panel. In October of 2018, when her addition to the series was first announced, Welteroth shared her excitement through an Instagram post.

“I can’t wait to join forces with people I respect in the industry to champion the next generation of emerging designers and to help produce a show that will hopefully give you LIFE every week come spring,” she wrote. “Project Runway means so much to many people all over the world because at its heart, it is a celebration of creativity and human ambition. And during such difficult times in our culture, we all need more more joy in our lives, more stories to inspire us. I couldn’t be more excited to join this TV fam as we infuse even more heart and soul and DIVERSITY into the conversation next season.”

She recently posted a photo of her fellow castmates in which she proudly promoted the new season’s take on diversity and inclusivity. “And just how ready the world is for this reboot, which airs NEXT WEEK ON MARCH 14TH,” Welteroth captioned the photo. “Flash sales, higher stakes, fresh voices, and the most inclusive cast yet: “You cannot underestimate the power of the digital revolution...You can no longer ignore marginalized voices who are saying, ‘Hey, this doesn’t reflect me, this offends me, this doesn’t include me.’”

With her extensive background in fashion and her passion for diversity, it will be refreshing to see Welteroth’s take on all the amazing designers Project Runway brings this season.