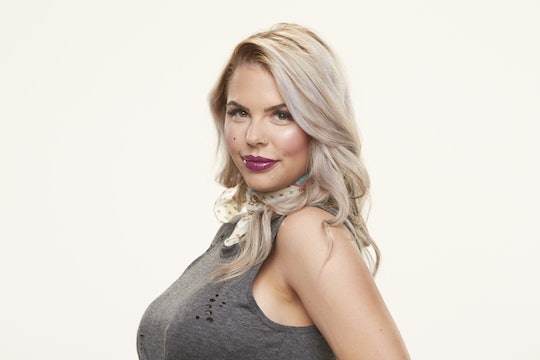 This might not be The Surreal Life or Celebrity Big Brother, but for Season 19, there is a kind of celebrity in our midst. At least when it comes to the podcast and radio host who was picked to compete for that $500,000 prize. And because she definitely has a strong personality, it won’t be long before fans are all wondering: who is Elena Davies from Big Brother 19?

Since she works on the Irving, Texas radio show The Kidd Kraddick Morning Show and has her own segment about navigating through dating apps like Tinder, she likely already has some fans even before America meets her on Big Brother 19. According to her Facebook page, Elena also hosts the podcast Two Peas in a Podcast with co-worker Caroline Kraddick. And judging by her introduction interview with Jeff Schroeder, Elena is going to be the social butterfly of the season. "I want to be entertaining for America," she admitted right off the bat.

And her strategy (they all have them going into the show, even though nothing can really prepare you for the Big Brother house) isn’t all that surprising for someone who makes a living talking on the radio. "I think my strategy may change, depending on what I find [in the house] and how things start to play out," she stated during her chat with Jeff. "But my strategy right now is gonna be my social game… I wanna be charming, I wanna be likeable, I don’t want to have a target on my back."

Of course none of the Big Brother houseguests want that, but as we all know, you legitimately cannot go through the game being sweet and diplomatic while never choosing sides or secret alliances. But since Elena likely already has some fans from working as a radio personality, she might have a leg up on her fellow houseguests — though she did admit in her interview that she has a "big personality" that some people might find off-putting when they first meet her.

"As long as I don’t come off too strong, I think I’ll be OK," she said. Thanks to her larger than life personality and strategy, there’s always the chance that, if she doesn’t win first place, Elena could be voted as America’s Favorite Houseguest. You never know!

Either way, I think Elena will prove to be an unforgettable member of the Season 19 crew. We'll just have to wait and see how far she can get.